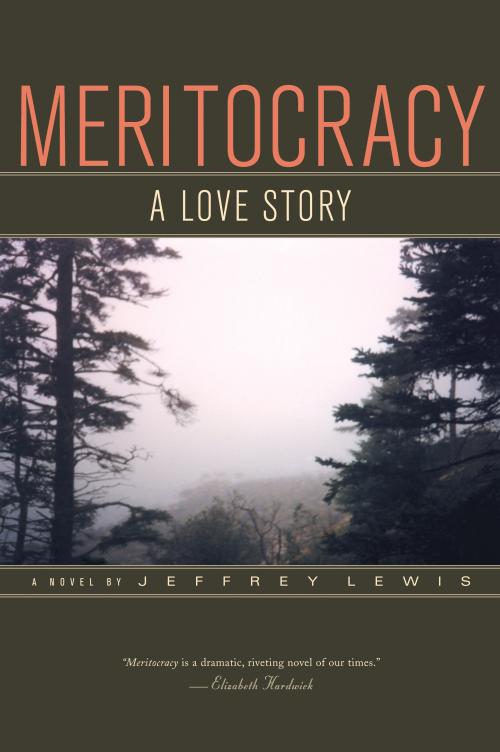 Meritocracy is the story of a generation when it was young, caught at the moment when history arrived to exact a tragic and inevitable price. It is the end of the summer of 1966 and a small group of friends, recent Yale graduates, gather in a Maine summer cottage to say good-bye to one of their own. Harry Nolan is joining the Army and may be sent to Vietnam. Also present is Harry’s beautiful young bride, Sascha.

Harry and Sascha represent to their friends the apex of their generation. Sascha has men falling for her "up and down the eastern seaboard," and Harry, a rich and fearless Californian, son of a United States senator, has his friends convinced that he will one day be president. The story proceeds from the point-of-view of one of the friends, Louie, whose unspoken love for Sascha is like a worm that works its way through the narrative, cracking apart every innocent assumption. An aura of power, earned and unearned, assumed and desired, hangs over this Ivy League world.

And it settles at last on Harry, who on this final weekend before his induction comes to understand a terrible paradox: if he’s going into the Army simply to maintain his political viability, his action will dishonor his right to lead; but if he doesn’t go, he will likely never have the chance. His wrestling with this paradox unleashes a spiral of events that becomes as fateful for all the characters as it is emblematic of the times they grew up in.

In one sense, Meritocracy is a novel for the Al Gores and John Kerrys and George Bushes of today’s America. But in a larger sense it is a book for all those of the postwar generation who have mourned the loss of their true "best and brightest," and who regret how the life of their nation, so brightly and hopefully imagined when they were young, and now entrusted to their care, has come to be diminished.