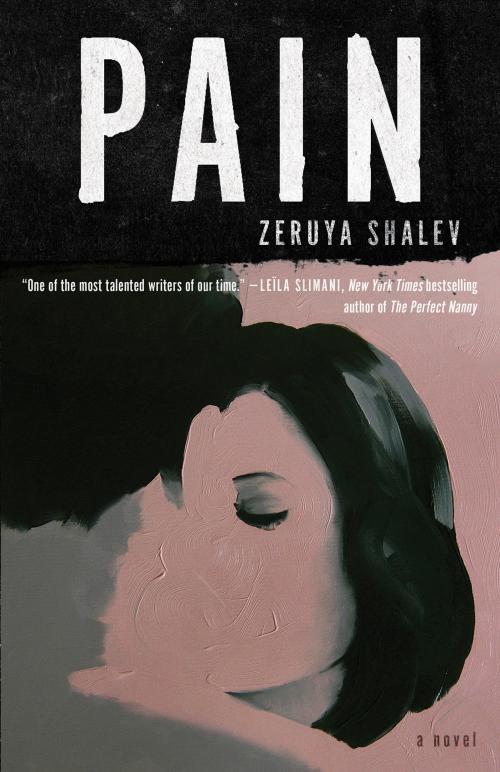 “Bring me a pill, Omer,” she says. “No, make it two. They’re in the kitchen drawer.” As she gulps down the pain-killers, it seems to her that the force of her will alone would defeat the pain forever, it will disappear and never return. Pain doesn’t return for no reason and with such intensity, it makes no sense. Everything was treated, joined together, sewn, screwed, and implanted in three different surgeries during a year of hospitalizations. Ten years have passed, she has grown used to living with pain at the change of seasons or after strenuous activity, and though she never returned to her pre-injury physical comfort, she didn’t expect such a new wave, as if this morning, everything is happening again from the beginning.
“Help me up, Omer,” she says, and still amused, he goes over to her, extends a strong, thin arm, and she’s on her feet. She has to lean on the wall, but she won’t give up. She’ll go out of the house, walk to her car, and drive to school. She’ll run the meetings efficiently, keep her appointments, interview new teachers, meet with the supervisor, stay to check on what was happening in the after-school classes, reply to the emails and messages that had accumulated. Only on the way home, in the afternoon, driving with her lips clenched in pain, will she turn her mind to the fact that Mickey remained sitting on the kitchen chair near the door, his head in his hands, even after she had already gone—escaped, to be more precise—as if he felt the pain with her, as if he was the one whose pelvis had been crushed that morning exactly ten years ago and it was his life that had been brought to a halt.
Trapped among dozens of cars in the crawling traffic on the way home, he had arrived, out of breath, at her bedside in the trauma room, his expression inscrutable. He wasn’t the first to arrive—partial strangers had preceded him as the rumor spread quickly. The visitors and consolers came in reverse order, from distant acquaintances to the people closest to her, seven-year-old Omer and eleven-year-old Alma. Her friend Dafna had brought them there a moment before she was taken into the operating room, and when she saw them walking toward her, she remembered in horror that they were the only ones she’d forgotten to call. She had managed to leave a message on Mickey’s cell phone and on her mother’s home phone, punching in the numbers with bleeding fingers, wiping the blood on her shirt. The only place she’d forgotten to call was the kids’ school, and the honest truth was that in all the hours that had passed before she saw them approaching her bed apprehensively, holding hands, she had completely forgotten their existence, forgotten that the woman who had floated momentarily over the flaming street until she crashed onto it was the mother of children.
She even found it difficult to recognize them at first, an odd pair walking toward her, a large boy and a tiny girl, he fair, she dark, he upset, she silent, two opposites walking together slowly and somberly, as if they intended to place an invisible wreath on her grave. She wanted to run away from them, but she was confined to the bed, so she closed her eyes until she heard them bleat in harmony, “Mommy!” and was forced to pull herself together. “I was lucky,” she prattled at them, “it could have been much worse.”
“You’re allowed to show them that it’s hard for you,” one of the doctors told her later, “there’s no need to pretend. Let them help you. That way you’re teaching them to deal with their own difficulties as well.” But she couldn’t expose her weakness to them, and that’s why she couldn’t bear their presence during the long months of her recovery. “It’s all Omer’s fault,” she recalls Alma saying coldly, almost indifferently, as if pointing out an obvious fact. “If he didn’t hide in the bathroom, we would have left earlier and you never would have been there when the bus exploded.” And Omer began to kick his sister, screaming, “No it’s not! It’s all your fault! Because you wanted Mommy to make you a half-ponytail!” When Mickey tried to restrain him, the boy pointed at him and said, with the same defensiveness that always existed between them, “It’s all your fault!”
They might have continued to blame each other, as if they were talking about an event that had occurred in their closed family circle and not a suicide bombing carried out by terrorists who didn’t even know their small family, but she was whisked off to the terrible distraction of the long hours of the surgery and the surgery that followed it, of the months of rehabilitation and recovery and the new school appointment that awaited her at the end of the road as if it were a prize. She knew that some people said that were it not for her injury, she would not have been appointed principal at such a young age, and even she herself wondered about it now and then. But the enormous workload left her no time for futile thoughts. She hasn’t had any futile thoughts for ten whole years, and as she parks her car and walks unsteadily to her home, it seems to her that she has only just awakened from an operation that lasted ten years, and only now can she think about the issue her children raised then. That’s why she has accumulated so much experience, so she can decide once and for all who was actually at fault.