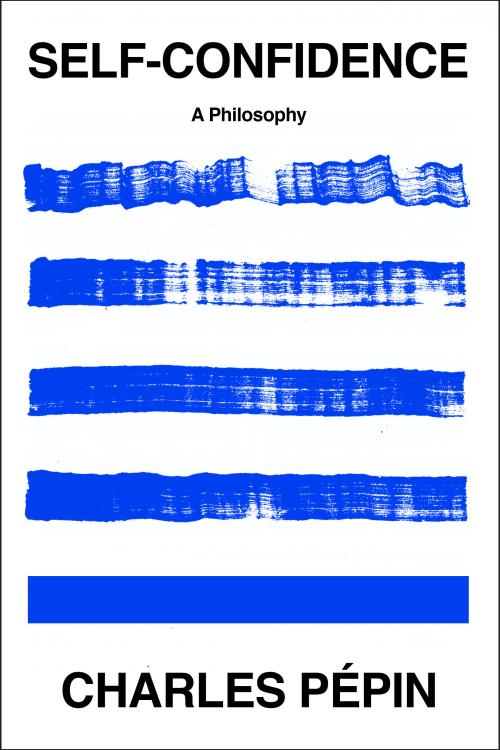 The training wheels came off this morning. All of four years old, she hops on her bike and takes off under a blue sky. Her father runs alongside, one hand at her back, the other gripping the bicycle seat. She pedals faster and faster, clutching the handle-bars. Her father encourages her: “Don’t stop pedaling,” he says. “Look straight ahead, you’re doing great!” He lets go of the seat. The child picks up speed. She maintains her balance, rolling along without her father’s help. When she realizes it, she shouts with joy and speeds ahead. She feels buoyant and free: she has confidence.
But what does she have confidence in, exactly?
In her own abilities? In her father? In this moment of family happiness?

Self-confidence, we sense, is the result of alchemy. It arises from a combination of factors. The paths leading us to it are various, but once we achieve self-confidence, it works the same for each of us. There is only one self-confidence, but there are a number of ways to get there.

Madonna is a stage animal, an artist who has been able to reinvent herself all her life. Yet she was a shy child, scarred by the loss of her mother when she was only five. So how did she find the strength to make her mark?
Patrick Edlinger was one of the pioneers of free climbing. When he free-soloed a route, his gestures were so fluid that he seemed to dance above the void. He moved from one handhold to the next with extraordinary grace. What was his secret?
Landing on an aircraft carrier at night, a pilot faces an ultra-short runway at speeds of 180 mph with extremely limited visibility. How does he master his fear?
With traffic zooming all around her, an emergency services doctor has to quickly choose which emergency and trauma cases to treat first. How does she avoid making mistakes?
And what about musicians who improvise in front of large crowds? Tennis players who keep their nerve during match point? Students who are at their best on exam day? All these men and women who have the courage to listen to their inner voices and put their lives on the line, where do they get their self-confidence? What is it that they all have in common?

These three drivers of self-confidence will recur—in various forms and to varying degrees—again and again: confidence in others, confidence in one’s own capabilities, and confidence in life. That’s how it all starts, maybe—when you go at it with the freshness of a child, confident without even knowing what you have confidence in.

“Confidence is the childish ability to walk toward something unfamiliar as though recognizing it,” Christian Bobin has written. We know more about risks and dangers than when we first hopped on our bikes as children. Our greater understanding makes us more anxious. But it shouldn’t blunt our boldness, our ability to go for it. Having confidence in ourselves requires us to keep a child’s soul and the mind of an adult.

All of this is forced on us by the times we live in. In traditional societies, every person had his place. You didn’t need self-confidence when everything was settled for you at birth, when there was nothing to be conquered. Modern life, on the other hand, makes us free agents, responsible for our own fate. It’s our job to get our projects going, to prove our worth, and to build our happiness— our job to invent our own lives. This requires self-confidence.
Yet things are also more complicated than they once were. Self-confidence has never been more important, and it’s never been so hard to acquire. Fixing a car engine or building a ladder might once have been a balm to a man’s wounds. Feeding one’s family entirely with the produce from one’s own vegetable garden might once have filled a person’s heart with pride. But spending all day in meetings or responding to emails doesn’t do the trick. We’ve lost direct contact with things. Our systems of production are so complicated that we no longer know what it is we do. We follow protocols and processes, but we have a hard time pinpointing our profession. Being as super-connected as we are puts us all at a remove from basic doing and leaves us few concrete opportunities for developing confidence. We need to find a base on which to build our confidence, both personally and collectively.

The journeys taken by Madonna, Patrick Edlinger, George Sand, John Lennon, Serena Williams, and others will give us insight.
We aren’t born confident, we become confident. Self-confidence is always something that has to be worked at patiently. It is also something that, once we gain a certain level of effortless command, can give us profound joy.
To probe the mystery of self-confidence, we will look to ancient wisdom and modern philosophers, among them Ralph Waldo Emerson, Friedrich Nietzsche, and Henri Bergson. These thinkers often approach the subject indirectly—it’s when they are thinking about freedom, audacity, or individuality that they talk about confidence. We’ll also look farther afield, to psychologists like Boris Cyrulnik and psychoanalysts like Jacques Lacan, and to the writings of researchers and teachers. And we’ll ex- amine the experiences of athletes, fighter pilots, and emergency room doctors, the words of poets, and the visions of great mystics.

Self-confidence is so central to our existence that it can’t be encompassed by a single discipline. We won’t learn to understand how it works by studying it in a laboratory. Instead, we’ll have to observe self-confidence in real life, watch its birth and development, adopt its rhythm and follow its movement as it hesitates and swerves. We’ll have to run alongside it just as you run alongside a child—a child who almost falls, catches herself, and then takes off.