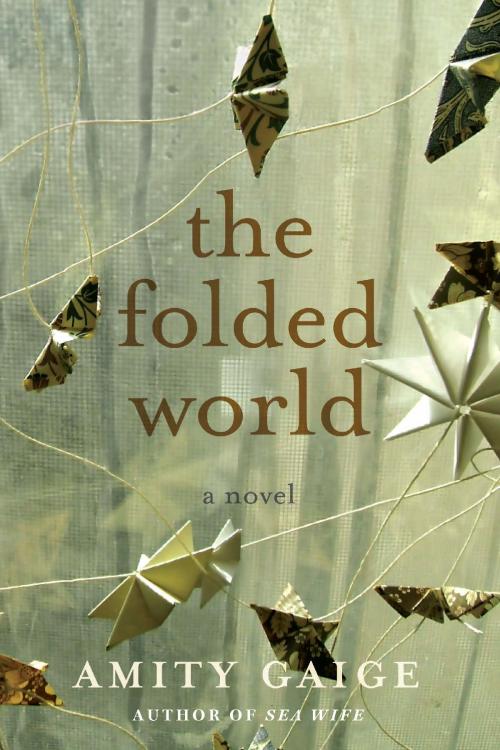 At the moment she was born, five hundred miles away, a small boy, his mouth ringed with jam, paused in his play on the carpet. The boy was gripping a wooden block in one hand and his enormous ear with the other. He’d been suffering from a head cold, and as often as not when he worried he grabbed one of his handle-like ears for comfort, but now he looked up at the winter sun, stilled. Something had—what was it?—changed! He looked around, but his life’s campaign was still the same: a playpen, a faded Persian carpet with a salty fringe, a swollen-bellied mother shuffling her cookie sheets in the kitchen. The boy pressed his hands to the carpet and stood, using his diapered rear as counterweight. Carefully, he turned around. Nothing was different, and yet the world was completely changed. He swallowed, tempted to cry. The hand went automatically to the ear—O the soft, sinewy ear. He rubbed it between thumb and forefinger. A flock of geese flew across the sun, one by one repeating the form of their shadows in a way that seemed to him now terribly worthy of attention. The sun pulsed, hot on his blond head, and the paisley of the carpet pulsed, and the room smelled vividly and wonderfully of sun damage, and he felt, all at once, like a struck match, and that was the first time he ever thought of Alice.

She herself grew up to have pale skin the erased color of a white rose. Her eyes, once blurred with myopia, became dark and arrowlike and almost Asiatic by the time she reached adolescence. By then she was attractive, slightly overweight, and a bookworm. Even after she’d been liberated from the wearing of eyeglasses, she still pushed habitually at the invisible frames. Fat as a child, she grew round in womanhood. By the time she was twenty, she no longer seemed physically incomplete. She still hid behind her hair, still wore an expression of hesitance that no longer suited a grown woman, but with her battered purse and outward sloping eyes she did not ask to be made more of than she was. In fact, at times, she seemed unaware of her own body, such as happens to people who read too much.

She had grown up nowhere but in Gloucester, and many years after she had left it, a layer of salt remained fused to her skin. She lived all her years in a tall pink house in Gloucester with her mother, an exceedingly tall woman with a wintry complexion. Her mother was full of advice, having thought long and hard about the little issues life so ungenerously sent her, when she could have been capable of thinking of great things. Instead, her mother was full of advice about little things, how to get things for free by complaining, when not to buy fish—little warnings, for example, how deceptively dangerous was the tomato, as well as public door handles, parking lots, and, most of all, the intentions of men, in particular as their corrupted art of promise-making.

Alice listened to all this advice for many years without believing any of it. Then, one day when she was just twenty-two, still for some reason living in Gloucester in that tall pink house with her mother and one ancient cat, and working as a salesgirl, she realized in one horrible, epiphanal crush that she never ate tomatoes, often avoided public door handles and parking lots, and that she distrusted fish, men, and promises. In fact, she had unconsciously added a whole new generation of niggling rules to her mother’s: neither did she ever walk home the same way she’d come, or cross under ladders, or say her own name on Sunday. These precautions did not suit Alice’s temperament, which was in fact much less contrary than her mother’s, and which was greatly influenced by the inkling that her life had already been lived in Fate’s milky blue eye. But the fact that no great tragedy had yet befallen her and her mother made their rules seem effective. As for love, it sat obediently under a cloud of suspicion. In the years since she graduated high school, several young men from her high school had come around asking for her with their broad shoulders and their damp shirtsleeves and only once had she ever accepted a date, which involved staring across the chasm of the bucket seat at a boy who had once been star of the basketball team and now worked all day installing bird barriers. She could not bear him—not he himself, he was kind—but rather the nunish feelings he inspired in her, which made her feel marked for a cool life, neat and lustless, like a woman born with physical perforations, who at the edge of her sexuality is snapped neatly apart from it.

These realizations disturbed her greatly. Still a bookworm (those million nights in the parlor with her mother), now she looked down at the book in her hand and felt betrayed by the life she was losing to it. From her earliest memories, she had lived much of life in someone else’s story, so absorbed she often forgot to drink and sleep, for so pleasantly abstract was her heavy body when she read. Pleasantly abstract was her fatherlessness and the sooty-looking fishy-smelling town out the window. But perhaps, in so behaving, she had forgotten to become someone actual. There hadn’t seemed to be a need to become someone actual in Gloucester. She was not modest, she simply had not yet occurred to herself. Many of her friends had occurred to themselves. Claudette was in nursing school and several others had gone thither and yon to colleges where boys sang together under arches and rode racing shells along rivers in unison, like gorgeous slaves.

So gradually, sitting by the picture window with her mother reading, Alice began to feel a kind of heat or heated opening, some beckoning accident in time. She began to feel a greater distance between herself and her mother. For she herself was only twenty-two years old, not an aging woman. She was not an aging research librarian with frown lines who collected sherry glasses and spoke constantly of the time she had once seen the Charles Bridge in Prague with a wealthy aunt. No, she was an attractive young woman with a young woman’s living hungers, and after her epiphany, everything in Gloucester began to look shabby. The poor children in their yearly summer haircuts jousted in the grease-stained street with curtain rods they’d found in trashcans. The tall skinny tenement houses stood like starving girls in party dresses.

And so she decided to leave Gloucester and live on her own in a nearby city and get a job and maybe take night classes. The fact that she had never attended college was a damp, heavy clod in her heart. She did not remember why she had not gone to college right after high school. She had been one of the most promising students in her English classes. Yet all she remembered was walking arm and arm down the hallway with Claudette, and then Claudette disappearing like a bride into the glittering cosmos, and then the poor children playing with her old curtain rods.

He became a long distance runner. Slim and wiry, golden haired, the only thing out of line about him were his ears, which stuck out jughandle-like from his head. He had the energy of a coil or spring, and was often coming out of sunsets, popping out of hazelnut bushes—he was a pleasant surprise like that. In his hometown, in the heart of the heart of the Middle West, he had been the president of his high school class. Even the candidate he’d run against had voted for him. He loved to be surprised, for such was the immunity to horror that results from a completely happy and cloistered childhood. Cursed with narrow shoulders and smallish hands, he made up for this lack of burliness with a tremendous good nature and a talent for self-mockery, and in this manner became the darling of many a schoolyard bully, for at heart he had no fear, while they had much.

But for someone so cheerful, so without anxiety, he led a rather solitary daily life. After all, he was a long-distance runner, and he was busy with secret missions that were revealed to himself at the last minute. He was always running home late with a fistful of flowers for his mother to make up for lost time. And what had made him late? Some small marvel—a hedgehog, struggling across train tracks, entrancingly fat. When a thing happened, such as a hedgehog, it was the only thing that happened. Events glowed in a funnel of his attention. He was not accustomed to saying no or to not looking. Therefore he was late everywhere, waylaid by everything. He loved his grandmother, his veteran council; he loved women, but without a gentleman’s stiffness. He was free-given, blank, and attracted to hilltops. He could be seen striding on his strong thin legs, running across the wide streets of Mattoon with his book bag, his hair flopping over his eyes. He was a gush of air—a pleasurable, fleeting, shudder of youth. He was Mercury running on the disintegrating edge of time.

He could have been anything. He was so cooperative and Midwestern, he could have been part of anything. His father was a successful businessman at Xerox, and his younger brother was sure to gladhand his way toward similar success once he returned from his prodigal year as a ski instructor. But he himself did not want to grow up to sell things and process things and prorate things and get great satisfaction from the plushness of his lawn. He did not want to feel alive only when traveling at great speeds. He did not want to manage life or hover above it or make copies of it. He wanted to live it, with other people. He wanted to have his hands in it.