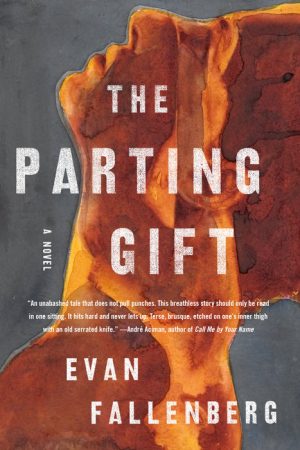 An unnamed narrator writes a letter to an old college friend, Adam, at whose place he has been crashing since his abrupt return to the States from Israel. Now that the narrator is moving on to a new location, he finally reveals the events that led him to Adam’s door, set in motion by a chance encounter with Uzi, an older man with whom the narrator has just had an intense sexual relationship.

Written in a circuitous style reminiscent of Patricia Highsmith’s Tom Ripley novels, The Parting Gift is a page-turner and a shrewd exploration of the roles men assume, or are forced to assume.