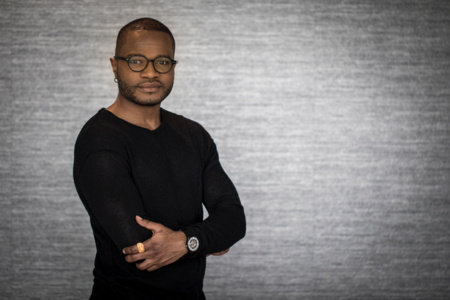 Max Lobe was born in Douala, Cameroon. At eighteen he moved to Switzerland, where he earned a BA in communication and journalism, and a master’s in public policy and administration. In 2017 his novel Confidences won the Ahmadou Kourouma Prize. A Long Way from Douala, his latest novel, was published in 2018 to rave reviews in Switzerland and France. He is the founder of the Genev’Africa program, which promotes literary and cultural exchange between French-speaking Switzerland and Africa. He lives in Geneva.