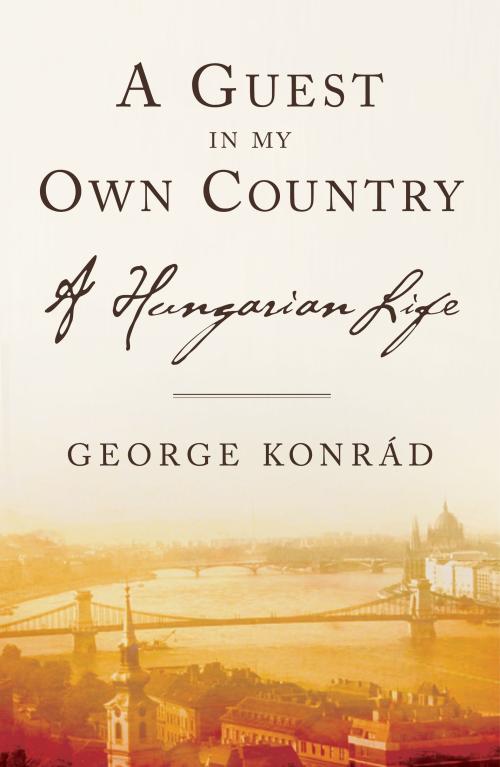 Winner of the 2007 National Jewish Book Award in the category of Biography, Autobiography & Memoir

A powerful memoir of war, politics, literature, and family life by one of Europe’s leading intellectuals.

When George Konrad was a child of eleven, he, his sister, and two cousins managed to flee to Budapest from the Hungarian countryside the day before deportations swept through his home town. Ultimately, they were the only Jewish children of the town to survive the Holocaust.

A Guest in My Own Country recalls the life of one of Eastern Europe’s most accomplished modern writers, beginning with his survival during the final months of the war. Konrad captures the dangers, the hopes, the betrayals and courageous acts of the period through a series of carefully chosen episodes that occasionally border on the surreal (as when a dead German soldier begins to speak, attempting to justify his actions).

The end of the war launches the young man on a remarkable career in letters and politics. Offering lively descriptions of both his private and public life in Budapest, New York, and Berlin, Konrad reflects insightfully on his role in the Hungarian Uprising, the notion of "internal emigration" – the fate of many writers who, like Konrad, refused to leave the Eastern Bloc under socialism – and other complexities of European identity. To read A Guest in My Own Country is to experience the recent history of East-Central Europe from the inside.