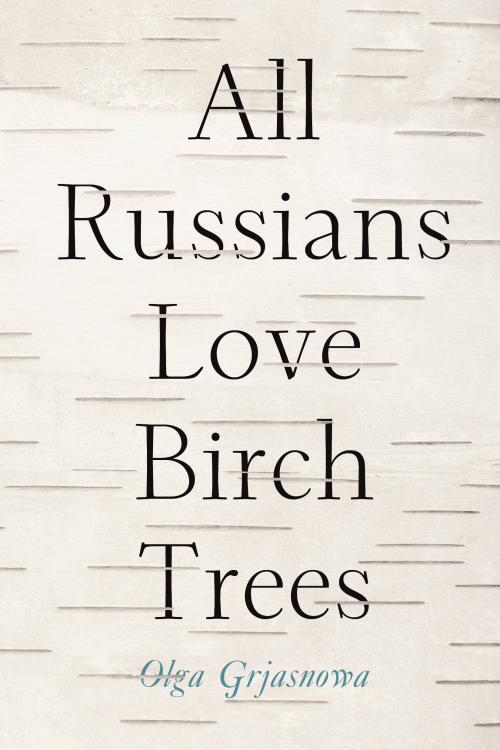 Set in Frankfurt, All Russians Love Birch Trees follows a young immigrant named Masha. Fluent in five languages and able to get by in several others, Masha lives with her boyfriend, Elias. Her best friends are Muslims struggling to obtain residence permits, and her parents rarely leave the house except to compare gas prices. Masha has nearly completed her studies to become an interpreter, when suddenly Elias is hospitalized after a serious soccer injury and dies, forcing her to question a past that has haunted her for years.

Author Olga Grjasnowa has a gift for seeing the funny side of even the most tragic situations. Her debut novel tells the story of a headstrong young woman for whom the issue of origin and nationality is immaterial–her Jewish background has taught her she can survive anywhere. Yet Masha isn’t equipped to deal with grief, and this all-too-normal shortcoming gives a bittersweet quality to her adventures.

“All Russians Love Birch Trees by Olga Grjasnowa is an astounding debut novel, both political and personal, sexual and full of grief. It captures beautifully and viscerally what it’s like to lose your home due to traumatic events, what it’s like to be neither a tourist nor a native no matter where you go looking for what’s missing in you. To paraphrase Yevtushenko’s famous line — borders are scars on the face of the planet. This book proves it, and how.” –Ismet Prcic, author of Shards, a New York Times Notable Book of the Year

“Grjasnowa, who was longlisted for the 2012 German Book Prize, reveals herself to be an expert chronicler of modern displacement and of the scars left by the wars that followed the Soviet Union’s break-up–wars that most in the West managed to overlook or forget.”–Publishers Weekly

“Here the world comes to you, as it never has appeared to you in a novel. With power, with wit, with wisdom and clarity, with subtlety and grief.” –Elmar Krekeler, Die Welt