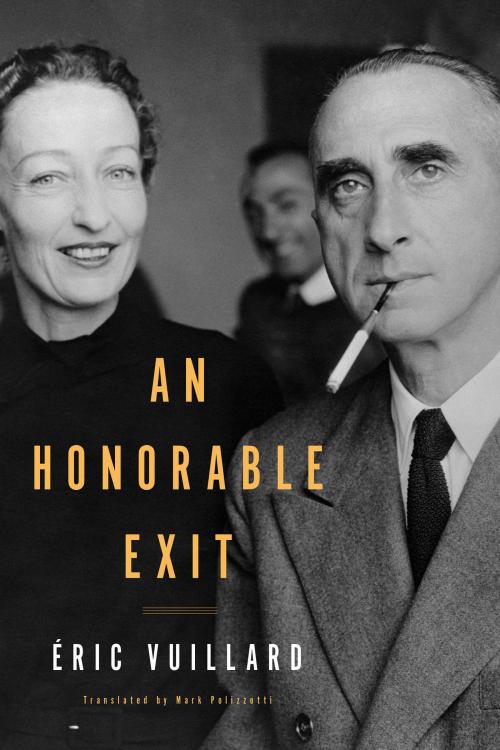 From the award-winning author of The Order of the Day, a piercing account of the lesser-known conflict preceding the Vietnam War that dealt a fatal blow to French colonialism.

How can a modern army lose to an army of peasants?

Delving into the last gasps of the First Indochina War (1946–1954), which saw the communist Việt Minh take control of North Vietnam, Éric Vuillard vividly illustrates the attitudes that both enabled French colonialist abuses and ultimately led to their defeat and withdrawal. From the Michelin rubber plantation, where horrific working conditions sparked an epidemic of suicides, to the battlefield, a sense of superiority over the “yellow men” pervaded European and American forces. And, as with so many conflicts throughout history, there were key actors with a motivation deeper than nationalism or political ideology—greed.
An Honorable Exit not only brings to life scenes from the war, but also looks beyond the visceral reality on the ground to the colder calculations of those who seek to benefit from conflict, whether shrewd bankers, who can turn a military win or loss into financial gain, or intelligence operatives like the CIA, who aim to influence governments across the globe.