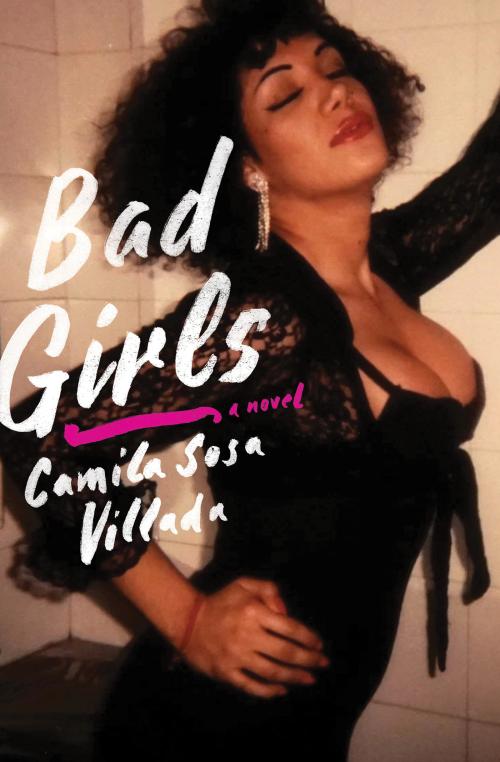 The travestis walked from the Park to the area by the bus station at a remarkable pace. They were a caravan of cats, hurried by circumstance, their heads down to make themselves invisible. They were going to Auntie Encarna’s house. The queerest boardinghouse in the world, during desperate times it had offered shelter, protection, succor, and comfort to an endless stream of travestis. They were going there because they knew it was the safest possible place for them to be, carrying the baby in a purse. One of them, the youngest, worked up the courage to say what they were all thinking.
“It’s a cold night to spend in jail.”
“What?” Auntie Encarna demanded.
“Nothing, just that prison is pretty cold this time of year.
Abducting a baby . . .”
I was scared half to death. I trailed behind and kept having to break into a trot to keep up. The sight of the baby had hollowed me inside, as though my organs, blood, bones, and muscles had all been scooped out. It was partly panic and partly determination, two emotions that always go hand in hand. The girls were nervous, their breath billowed in the cold air as they panted in fear, praying to every saint they knew that the boy would stay asleep, that he wouldn’t start squealing as he had just a few moments ago, like a pig in the slaughterhouse. Along the way, they were passed by cars driven by drunk drivers, squad cars that slowed down when they saw them, insomniac students out for a pack of cigarettes.
Just by bowing their heads, the travestis pulled down the cloak of invisibility that was given to them when they were baptized. They pretended to be lost in thought, repressing their terror of getting caught. Oh, to truly know fear you need to be a travesti carrying a blood-soaked newborn in a purse. They got to Auntie Encarna’s house. A large, pink, two-story building that looked a little run-down but welcomed them with open arms. They walked down a bare passage and went straight into the patio, which was surrounded by glass doors in which the faces of other travestis appeared looking extremely curious. A falsetto voice singing a sad song upstairs was silenced by the commotion. One of the girls got a basket ready, another ran to the pharmacy for diapers and baby formula, another fetched clean sheets and towels, another lit a joint. Auntie Encarna murmured to the child very quietly, a litany, a lullaby, a spell to stop him from crying. She undressed the boy and took off her own shit-stained dress as well. Half-naked and surrounded by friends, she bathed him on the kitchen table.
Some were bold enough to make jokes, even though their asses were clenched like a vise over the insanity of bringing the kid home. Keeping him as a pet, like a rescue dog. They started to wonder what his name was, where he came from, who the terrible mother that abandoned him in the Park might have been. One ventured that if she was planning to throw him in a ditch she wouldn’t have named him. Another said that he looked like a Twinkle in Her Eye. Another dismissed this as poetic nonsense, reminding her of the danger they were in. The police were going to come roaring in with their sirens, guns blazing, the news programs were going to shriek bloody murder, editorial pages would fume, society, always up for a lynching, was going to bay for vengeance. Travestis and children don’t go together. The very sight of a travesti carrying a baby was a sin to these people. The bastards preferred to hide them from their children, to shield them from the degeneracy of which man is capable. But even though they were well aware of all this, the travestis supported Auntie Encarna in her crazy endeavor. It was the orphans’ code.

Once the baby was clean and wrapped up in a sheet like cannelloni, Auntie Encarna sighed and went off to rest in her room, which was decorated like a sultan’s bedchamber. Everything in there was green, hope was in the air; it was the light. Her bedroom was the place where good faith was eternal. Little by little, the house settled down. The travestis withdrew, some to go to bed, others back out onto the street. I collapsed onto a sofa in the living room. The starving child had been given a bottle and they’d grown tired of gazing at him, trying out names, deciding whom he resembled. Once he was done crying, the boy started to look at them with intelligent curiosity, straight into each of their eyes. It was a shock, they’d never been seen like that before. The pink house, the most travesti house in the world (plants in every window, entangled with other plants, fertile plants that sprouted flowers like fruit, in which the bees danced), had suddenly gone quiet so as not to scare the child. Auntie Encarna bared her silicon breast and brought the baby to it. The boy sniffed the giant, hard tit and calmly latched on. He wasn’t going to get a drop of milk out of that nipple but the travesti in whose arms he rested pretended to nurse him, singing a lullaby. You’ve never truly slept unless you’ve fallen asleep to a lullaby sung by a travesti. Maria, a very young deaf-mute waif, slipped past me like a succubus and opened Encarna’s door gently without knocking. She was met with the scene. Auntie Encarna suckling a newborn with a breast full of aircraft oil. Auntie Encarna was a couple of inches away from the bliss into which her whole body was settling, the boy was drawing a lifetime’s worth of pain out of her. It’s the best-kept secret of wet nurses, the pleasure and pain of being drained by a kid. A painful injection of peace. Auntie Encarna’s eyes had rolled up into the back of her head, she was in absolute ecstasy. She was whispering, shedding tears that bounced off her tits and onto the baby’s clothes. Maria brought her fingers together pointing upward, asking Encarna what she thought she was doing. Encarna answered that she didn’t know, the boy just started to suck on her tit and she didn’t dare pull him away. Maria the Mute made a cross over her breast, pointing out that Encarna couldn’t nurse a child, she didn’t have any milk.
“Doesn’t matter,” Auntie Encarna answered. “It’s symbolic.”
Maria shook her head disapprovingly and closed the door just as gently as she had opened it. In the dark, she stubbed a toe on a table leg and covered her mouth to stop from crying out. Her eyes filled with tears. When she saw me on the sofa, she pointed to Auntie’s room and used the same finger to draw circles around her temple: Encarna’s gone nuts. It’s symbolic. The symbol of a woman obeying the urges of her body, like Romulus, Remus, and Luperca.

From the sofa I commandeered as my bed that night I remembered what they used to say at home about when I was born. My mother was in labor for two days, she was never able to dilate and couldn’t stand the pain. The doctors refused to give her a cesarean until my father threatened the head doctor. He put a gun to his head and informed him that if he didn’t operate on his wife to let the child out, he’d be dead before the night was through. Afterward, people used to say that I had been born on pain of death. My father would repeat this approach, again and again, forever after. Everything that brought me life, every desire, every love, every decision I made, would be subjected to threats. My mother, meanwhile, said that after I was born she had to take bromazepam to get to sleep. Which was probably why she was so unenthusiastic, so passive, about her newborn son. Precisely the opposite to what was going on behind that door, in the room where the light was still on. A green glow to dazzle death, threatening her with life. Warning her to stay back, to forget about the child found in the Park, warning her that she no longer had jurisdiction on the matter. From my sofa, covered in coats belonging to other travestis, I fell asleep to the sound of Encarna’s lullaby. The story of my painful birth, told to me a thousand times, dissolved like sugar in tea. In our house of travestis, sweetness leavened death. In that house, death could be beautiful.