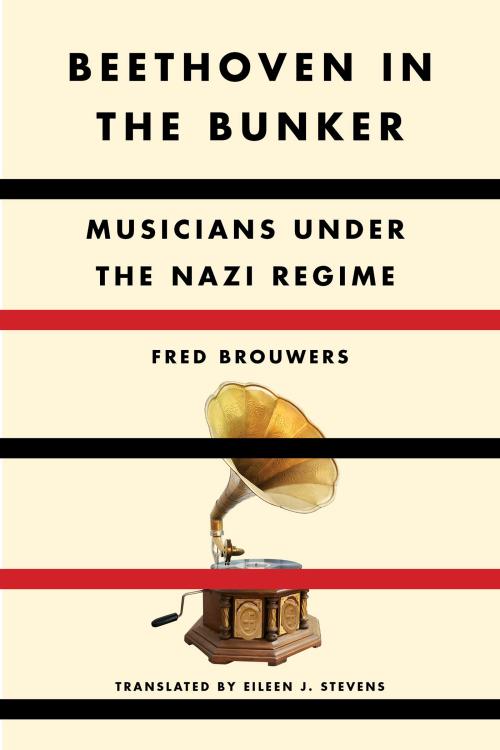 This compelling survey examines the remarkable relationship between the Nazis and classical music through the stories of musicians, composers, and conductors across the political spectrum.

May 1945. A Soviet military patrol searches Hitler’s secret bunker in Berlin. They find bodies, documents, jewelry, paintings—and also an extensive collection of 78 rpm records. It comes as no surprise that this collection includes work by Beethoven, Wagner, and Bruckner. The same goes for a procession of other giants promoted by the Nazi regime: “It seems as if the Nazis put a steel helmet on Mozart, girded Schubert with a saber, and wrapped barbed wire around Johann Strauss’s neck,” composer Robert Stolz once said. But how is it possible that Hitler’s favorites also included “forbidden” Jewish and Russian composers and performers?
While Hitler sat secretly enjoying previously recorded music in his bunker, musicians made of flesh and blood were denied a means of making a living. They died in concentration camps or in other war-related circumstances. They survived but ended up in psychiatric care; they managed to flee just in time; they sided with the regime—out of conviction or coercion—or they joined the resistance. From fiery conductor Arturo Toscanini, who defied Mussolini and Hitler, to opportunistic composer Richard Strauss and antisemitic pianist Elly Ney, who collaborated with the Third Reich to varying extents and for different reasons, Fred Brouwers profiles the complex figures of this extraordinarily fascinating chapter in music history.