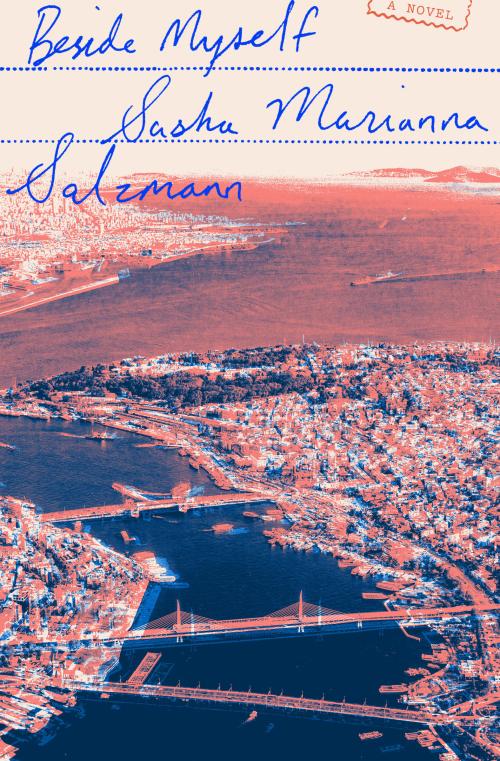 I don’t know where we’re going. All the others know, but I don’t. I’m clutching a jam jar that’s been thrust on me, clasping it to my chest as if it were my last doll, and watching them chase each other around the flat. Dad’s hands are shiny with sweat; they look like unwashed dishes—huge slabs swinging past my head. If I got caught between them, that would be it—splat, squashed head.
My brother’s growing out of his bag like a stalk, standing with both legs in the bag, unpacking things. Mum tells him off and he puts them back. While Mum’s in the kitchen, he takes out the pirate ship in its big cardboard box and pushes it under his bed. Mum comes into the hall where I’m standing and bends down to me, her forehead hanging over me like a bell, like the sky. I take one hand off the jam-jar doll and run a finger over her face. The sky is greasy. Mum knocks down my hand and thrusts more jars on me; I hold them tight. There are such a lot, I can’t see past them. She puts a bag down on my feet and says: “I want you to eat properly on the journey; you can be in charge of the provisions.” I’ve no idea what provisions are, but I’m glad they’re something sweet, not chicken in tinfoil.
We go downstairs; it takes us a while. We live on the top floor, where the rooms are all beams and sloping ceilings. On the ground floor is an undertaker’s; it always stinks down there—not of corpses, but of something I don’t know and can’t get used to. The jars clink in the bag as I drag it down the stairs behind me. Dad’s about to take it off me when a neighbor opens his door.
“Going home?”
“Going to see Mum and Dad. Been a while.” “First time back?”
Dad nods.
“You never forget the first time.”
Dad answers the neighbor’s questions as if he were telling him a bedtime story, stressing every word and making his voice go up at the end. My brother’s gone on ahead. I pull the bag carefully past Dad and try to catch up with him. It stinks and it’s cold. Downstairs, behind the undertaker’s display window, are people. I’m scared of the faces sitting there behind the glass, in the office; I’m scared they might be green and dead, so I never look until I’m out on the street. I scan the ground for my brother’s feet. Dad comes out of the house and pulls me along. I don’t look up until I think Mum will be waving goodbye—and she is; her hand hangs out of the window for a moment, then the window flies shut and Dad begins to sing.
Pora, pora poraduemsya na svoyom veku. It is time, it is time to rejoice in this time.