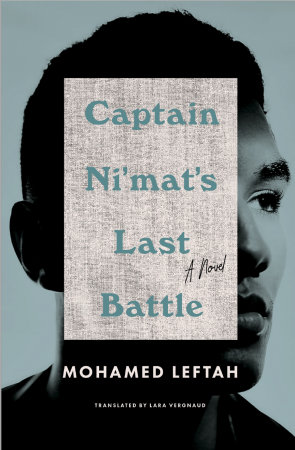 First published after the author’s death in 2008, this provocative novel charts the late-in-life sexual awakening of a retired air force pilot who begins a dangerous affair with a male servant.

Captain Ni’mat, a reservist from the Egyptian army defeated by the Israelis in 1967, finds himself aging and idle, spending his days at a luxurious private club in Cairo with former comrades. One night, Captain Ni’mat has an exquisite, chilling dream: he sees pure beauty in the form of his Nubian valet. Awakened by these searing images, he slips into the hut where the young man sleeps. The vision of his naked body so deeply disturbs Captain Ni’mat that his monotonous existence is suddenly turned upside down.
Unbeknownst to his wife, he comes to know physical love with his valet. In a country where religious fundamentalism grows increasingly prevalent every day, this forbidden passion will lead him to the height of happiness, at least for a time.