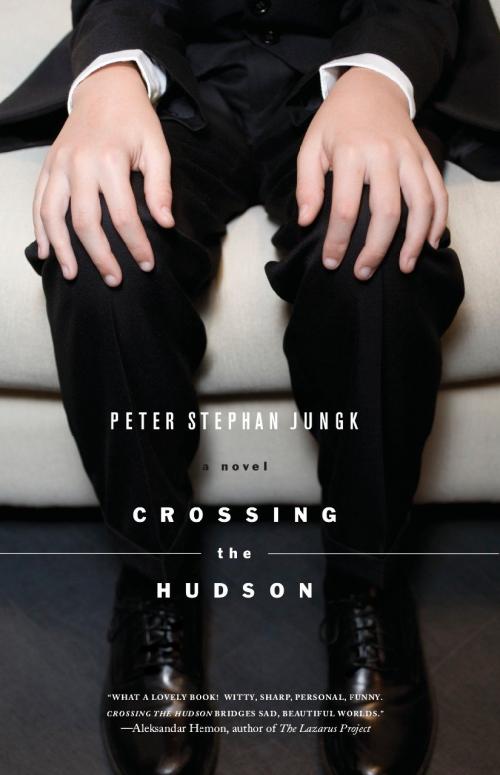 Gustav Rubin, a fur dealer in Vienna, flies to New York to spend the summer with his wife and two young children in a lake house north of the city. When he arrives late at JFK, he is met by his opinionated, unrelenting mother, Rosa. They rent a car and set out for Lake Gilead. But Gustav loses his way, and son and mother end up on the wrong side of the river. Trying to find the right route north, they become trapped on the Tappan Zee Bridge in the traffic jam of all traffic jams– a truck transporting toxic chemicals has turned over–and Gustav and Mother remain gridlocked high above the Hudson River. Gustav begins to think of his beloved father, a renowned intellectual, now eleven months dead. Then, in a surprising, highly original twist worthy of Kafka, both Gustav and Mother see the body–"the colossal, golem-like fatherbody"
– of Ludwig David Rubin floating naked in the waters below.

Jungk gives a profound meditation on a Jewish family and its past, especially the lasting distorting effects on a son of a famous, vital father and a clinging, overwhelming mother, and of the differences between the generation of European intellectual refugees who arrived in the United States during the Second World War and the children of that generation.