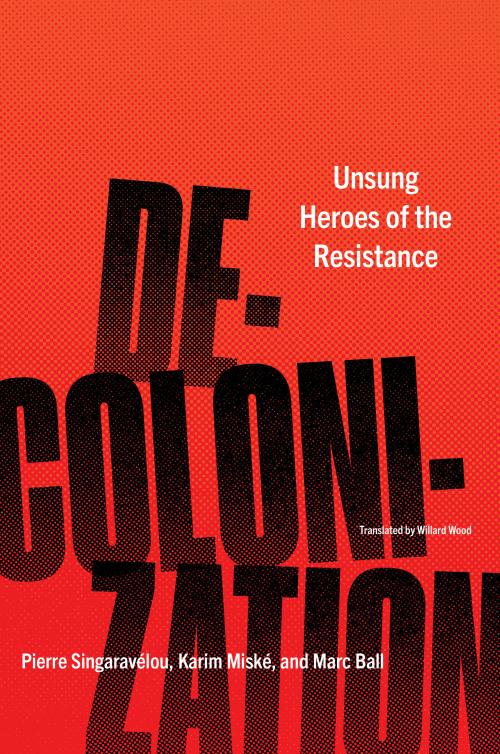 “Many people assume that decolonization was handed down benevolently from above. Nothing could be further from the truth. This book tells the extraordinary story of how the most oppressed people on the planet struggled against and overthrew the world’s most powerful empires. Gripping, powerful, timely—don’t miss this book.” —Jason Hickel, author of The Divide and Less is More

“An eye-opening collection of stories, portraits, and images that powerfully capture the resilience and courage of the women and men who resisted colonialism over two hundred years. A timely intervention and a page-turning read.” —Robert Gildea, author of Empires of the Mind: The Colonial Past and the Politics of the Present

“The authors of Decolonization unpack and reimagine what is often written about the end of European empires. The book mirrors the very creativity, dynamism, and unpredictability of its subjects—the men and women who endured colonialism and fought for independence. Global in scope, but deeply personal in content, Decolonization is guaranteed to provoke and inspire its readers to think anew about the making of the postcolonial world.” —J. P. Daughton, author of In the Forest of No Joy: The Congo-Océan Railroad and the Tragedy of French Colonialism

“Decolonization as you’ve never seen it before…the story of the European domination of many African and Asian populations is told not from the perspective of the colonizers, but of the colonized. Who are presented not as passive victims, but as ‘actors in their own story.’” —Télérama

“Striking…This panorama inverts the focus to recount from the point of view of the colonized 150 years of struggle against the subjugation of Africa and Asia.” —Afrique Magazine