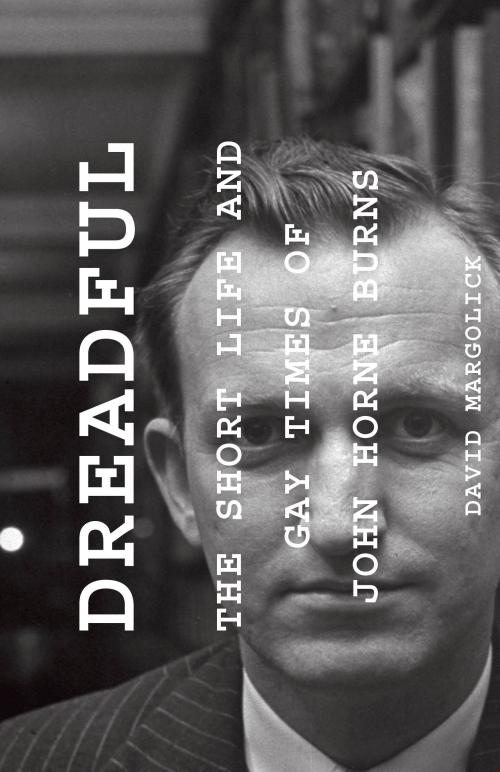 American author John Horne Burns (1916–1953) led a brief and controversial life, and as a writer, transformed many of his darkest experiences into literature. Burns was born in Massachusetts, graduated from Andover and Harvard, and went on to teach English at the Loomis School, a boarding school for boys in Windsor, Connecticut. During World War II, he was stationed in Africa and Italy, and worked mainly in military intelligence. His first novel, The Gallery (1947), based on his wartime experiences, is a critically acclaimed novel and one of the first to unflinchingly depict gay life in the military. The Gallery sold half a million copies upon publication, but never again would Burns receive that kind of critical or popular attention.

Dreadful follows Burns, from his education at the best schools to his final years of drinking and depression in Italy. With intelligence and insight, David Margolick examines Burns’s moral ambivalence toward the behavior of American soldiers stationed with him in Naples, and the scandal surrounding his second novel, Lucifer with a Book, an unflattering portrayal of his experiences at Loomis.

“[An] evocative, strangely moving new biography of a largely forgotten novelist with a poisonous character…Cleanly written, with a measure of sympathy and perhaps a little understandable mystification beneath the sober writing, Dreadful inspires a curious combination of fascination, pity and revulsion.”—The New York Times

“[A] vivid biography…Margolick reveals a fascinating, troubling character: Catholic, closeted, and alcoholic, charming and cruel, Burns inspired admiration and confusion…By placing Burns’s witty, elastic prose front and center, Margolick’s account makes a case for him as one of the best writers of his generation.”—The New Yorker

“Despite the decades that have gone by, the lack of living witnesses, and the obscurity of the subject, Margolick has done a superb job researching this sad life.”—Edmund White, The New York Review of Books

“A fascinating portrait of an heroically difficult character on a collision course with an indifferent world.” —Jonathan Galassi, President of Farrar, Straus and Giroux

“Dreadful is a poignant biography of a forgotten man who drank himself to death. It’s a brilliant evocation of a self-hating gay novelist in the 1940s whom Gore Vidal once considered a rival.”—Edmund White

“Brilliantly explores and exposes the glories and tragedies of a now-forgotten great American writer. In carefully reconstructing Burns’s life and career, Margolick has uncovered the glamorous and often dark underbelly of post-war American literary and intellectual culture. Burns’s story is not so much about homophobia as it is about what it means to be an American artist and intellectual in the years after World War II. Beautifully written and filled with insight and empathy, Dreadful forces us to rethink not only American literary culture, but America itself.”—Michael Bronski, Harvard University