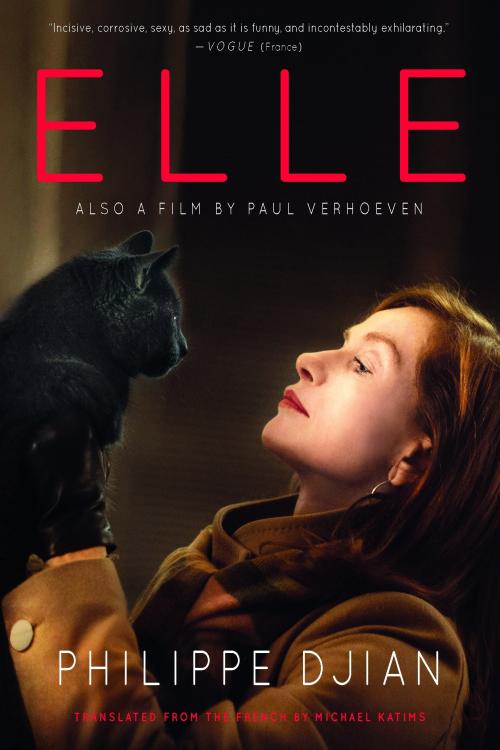 Elle is a psychological thriller that recounts thirty days in the life of its heroine Michèle—powerfully portrayed by Isabelle Huppert in Paul Verhoeven’s award-winning film—where memory, sex, and death collide at every page.

A few weeks before Christmas, Michèle picks herself up from her living room floor. She has been raped. She has almost no recollection of her attacker but she senses his presence—he is never far away—and this uncanny feeling triggers a whirlwind of events and memories. She begins to fear she is losing her grip on a life already complicated by a demanding job, an ex-husband with a new girlfriend, a jealous lover, and a son trapped in a relationship with his girlfriend pregnant by another man.

Hardened by the consequences of her father’s violent past, Michèle—in her fifties, fiercely independent and unsentimental—refuses to be reduced to a victim. When her rapist begins taunting her with messages, she takes measures to protect herself until she discovers his identity…

Through the bitingly sarcastic and unflinchingly realist voice of its heroine, Elle paints a striking portrait of one woman’s experience that challenges our notions of masculinity and femininity, weakness and strength.