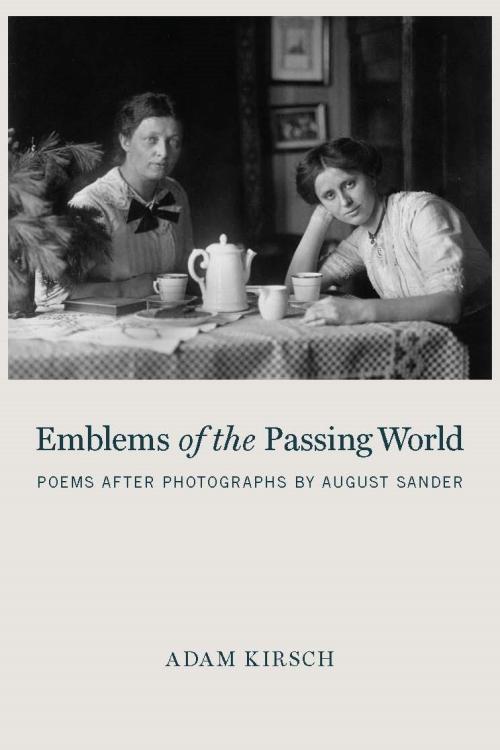 Through his portraits of ordinary people—soldiers, housewives, children, peasants, and city dwellers—August Sander, the German photographer whose work chronicled the extreme tensions and transitions of the twentieth century, captured a moment in history whose consequences he himself couldn’t have predicted. Using these photographs as a lens, Adam Kirsch’s poems connect the legacy of the First World War with the turmoil of the Weimar Republic with moving immediacy and meditative insight, and foreshadow the Nazi era. Kirsch writes both urgently and poignantly about these photographs, creating a unique dialogue of word and image that will speak to all readers interested in history, past and present.