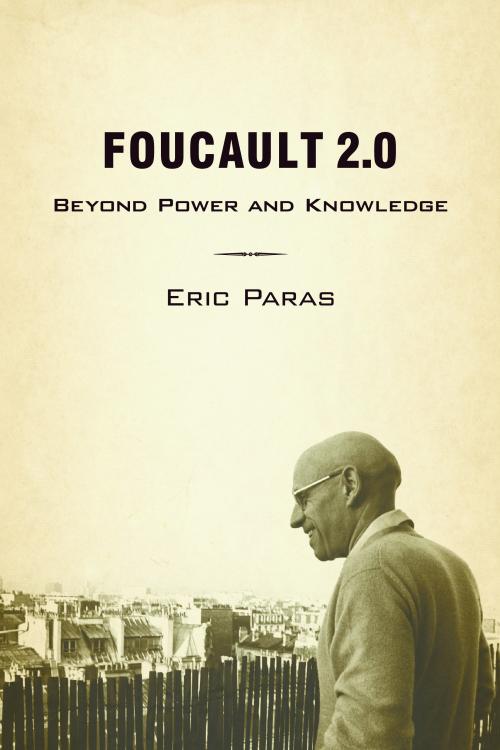 A dramatically new interpretation of the development of the thought of Michel Foucault, one of the 20th century’s most influential thinkers.

In this lucid and groundbreaking work, Eric Paras reveals that our understanding of the philosophy of Michel Foucault must be radically revised. Foucault’s critical axes of power and knowledge -which purposefully eradicated the concept of free will- reappear as targets in his later work. Paras demonstrates the logic that led Foucault to move from a microphysics of power to an aesthetics of individual experience. He is the first to show a transformation that not only placed Foucault in opposition to the archaeological and genealogical positions for which he is renowned, but aligned him with some of his fiercest antagonists.

Foucault 2.0 draws on the full range of the philosopher’s writing and of the work of contemporaries who influenced, and sometimes vehemently opposed, his ideas. To fill the gaps in Foucault’s published writings that have so far limited our conception of the arc of his thought, Paras analyzes the largely untapped trove of lectures Foucault delivered to teeming Paris audiences as Professor of the College de France for more than a decade. At the same time, Foucault 2.0 highlights the background against which Foucault carried out his most foundational work: the unrest of 1968, the prison reform movement of the early 1970s, and the Iranian Revolution of 1979. Carefully assembling the fragments of a thinker who remains but half-understood, Eric Paras has composed a seminal book, essential reading for novices and initiates alike.