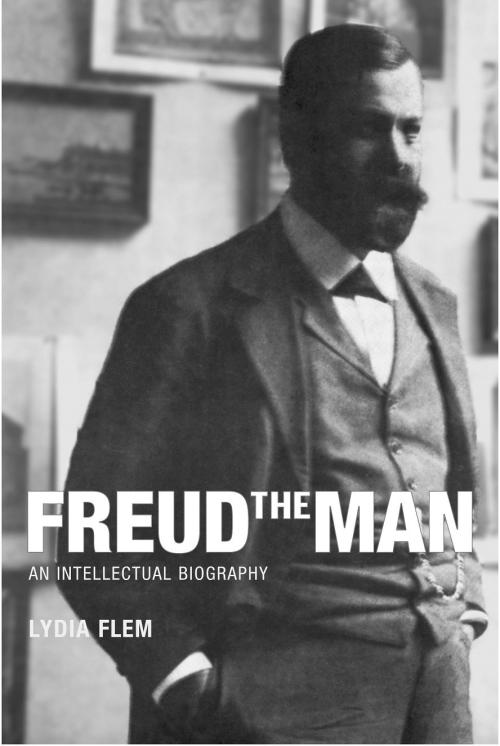 The world knows Freud as a thinker–one of the founding giants of modern culture. Now Lydia Flem paints a unique and unforgettable portrait of Frued the man: a father, husband, and friend, a secular Jew with passion for classical antiquity and European culture, torn between his need to be fully accepted in an anitsemitic society while remaining fatihful to his orgins.

Flem enters into the depths of Freud’s creativity, showing how his thinking is connected to his immersion in the arts, the history of religions, and mythology. The intimate details of his daily life, his relationships with women, his poetic gifts, his travels, his dreams, his letters to family, friends, and colleagues: all reveal his vision of the unconscious. We accompany Freud on his walks through Vienna and Rome; look over his shoulder as he writes to his fiancee; learn the significance of the Greek, Roman, and Egyptian figurines that stand before him on his desk as he conceives his groundbreaking ideas; and discover the books, read in childhood, that later shape his self-analysis and his theoretical development.

Flem draws on an unusually broad range of sources, but she wears her learning lightly: her biography of Freud reads like a novel, full of vivid details and captivating human interest. From the 6-year-old gleefully tearing up a book illustrated with pictures of Persia; to the young doctor balancing his scientific training with his love of Shakespeare; to the psychoanalyst in his prime, conquering the resistance to his theories; to the old man, ravaged by illness, forced to flee into exile in England, Lydia Flem leads us deep into the life of a genius.