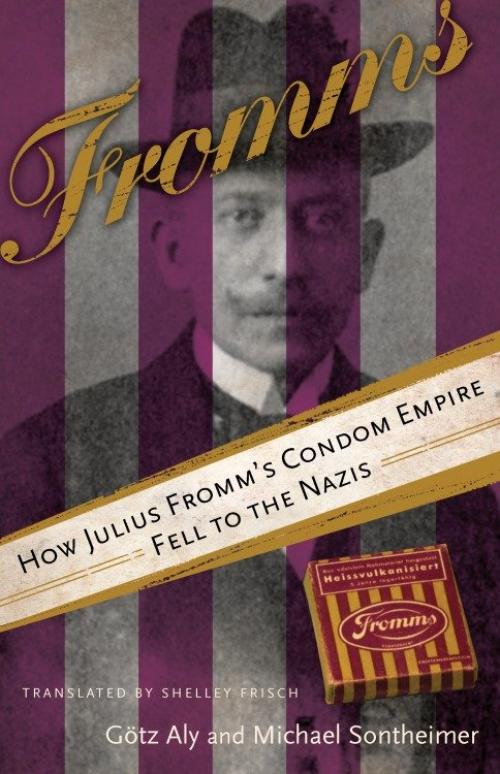 If you wanted to buy a top-quality condom in prewar Germany, you bought Fromms Act, the first brand name condom and still a leading brand in the German market. The man behind this “pure German quality product” was Julius Fromm, a Jewish entrepreneur who had immigrated from Russia as a child. Fromm was in the right place at the right time: he patented Fromms Act in 1916, when the combination of changing sexual mores, awareness of sexual health, and the lack of reliable prophylactics meant a market primed for his product. In 1922 he began mass production and opened international branches. Sixteen years later, after building the brand into a best seller and the company into a model business, he was forced to sell Fromms Act for a fraction of its worth to a German baroness. In 1939 he emigrated to London.

Aly and Sontheimer trace Fromm’s rise and fall, illuminating the ways Jewish businesses like his were Aryanized under the Nazis. Through the biography of this businessman and the story of his unusual and fabulously successful company, we learn the fascinating history of the first branded condoms in Germany and the sexual culture that allowed them to thrive, the heretofore undocumented machinations by which the Nazis robbed German-Jewish families of their businesses, and the tragedy of a man whose great love for the adopted country that first allowed him to succeed was betrayed by its government and his fellow citizens.

This captivating account offers a wealth of detail and a fresh array of photographic documentation, and adds a striking new dimension to our understanding of this dark period in German history.