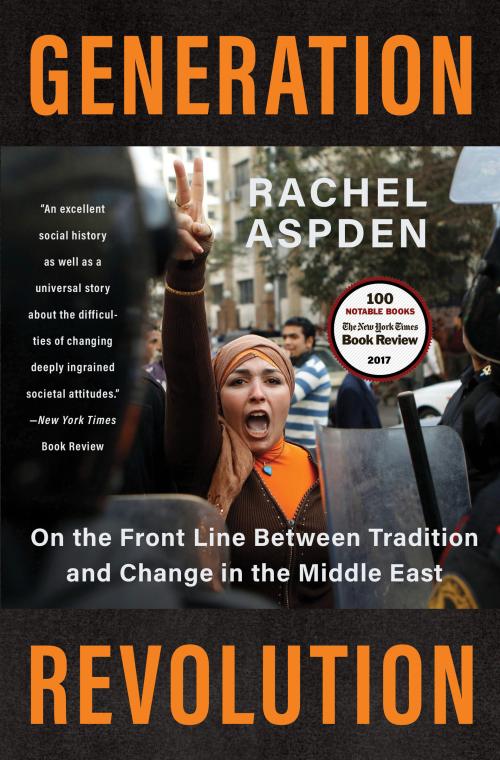 A New York Times Notable Book of the Year

In 2003, Rachel Aspden arrived in Egypt as a twenty-three-year-old journalist. She found a country on the brink of change. The two-thirds of Egypt’s eighty million citizens under the age of thirty were stifled, broken, and frustrated, caught between a dictatorship that had nothing to offer them and their autocratic parents’ generation, defined by tradition and obedience.

In January 2011, the young people’s patience ran out. They thought the revolution that followed would change everything. But as violence escalated, the economy collapsed, and as the united front against Mubarak shattered into sectarianism, many found themselves at a loss.

Following the stories of four young Egyptians—Amr the atheist software engineer, Amal the village girl who defied her family and her entire community, Ayman the one-time religious extremist, and Ruqayah the would-be teenage martyr—Generation Revolution exposes the failures of the Arab Spring and shines new light on those left in the wake of its lost promise.