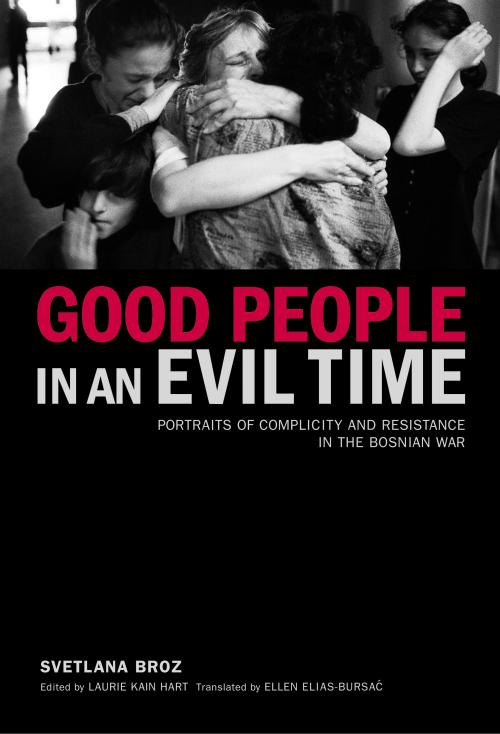 In the 1990s Svetlana Broz, granddaughter of former Yugoslav head of state Marshal Tito, volunteered her services as a physician in war-torn Bosnia. She discovered that her patients were not only in need of medical care, but that they urgently had a story to tell, a story suppressed by nationalist politicians and the mainstream media. What Broz heard compelled her to devote herself over the next several years to the collection of firsthand testimonies from the war. These testimonies show that ordinary people can and do resist the murderous ideology of genocide even under the most terrible historical circumstances. We are introduced to Mile Plakalovic, a magnificent humanist, who drove his taxi through the streets of Sarajevo, picking the wounded up off the sidewalk and delivering food and clothing to young and old, even when the bombing was at its worst. We meet Velimir Milosevic, poet, who traveled with an actor and entertained children as they hid in basements to avoid the bombing and gunfire, and we hear the stories of countless others who put themselves in grave danger to help others, regardless of ethnic background.

Faced with a world in which unspeakable crimes not only went unpunished but were rewarded with glory, profit, and power, the Bosnians of all faiths who testify in this book were starkly confronted with the limits and possibilities of their own ethical choices. Here, in their own words they describe how people helped one another across ethnic lines and refused the myths promoted by the engineers of genocide. This book refutes the stereotype of inevitable natural enmities in the Balkans and reveals the responsibility of individual actions and political manipulations for the genocide; it is a searing portrait of the experience of war as well as a provocative study of the possibilities of resistance and solidarity. The testimonies reverberate far beyond the frontiers of the former Yugoslavia. This compelling book is essential reading for anyone who wants to understand the reality on the ground of the ethnic conflicts of the late twentieth and the twenty-first centuries.