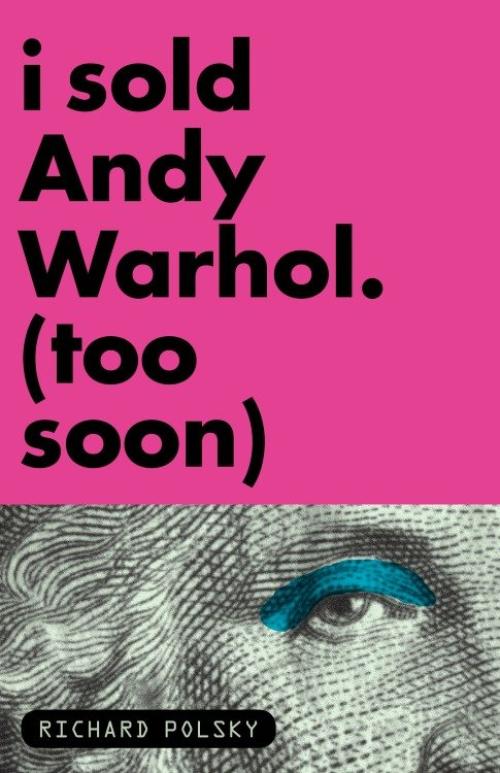 In early 2005, Richard Polsky decided to put his much-loved, hard-won Warhol Fright Wig, up for auction at Christie’s. The market for contemporary art was robust and he was hoping to turn a profit. His instinct seemed to be on target: his picture sold for $375,000. But if only Polsky had waited . . . Over the next two years, prices soared to unimaginable heights with multimillion-dollar deals that became the norm and not the exception. Buyers and sellers were baffled, art dealers were bypassed for auction houses, and benchmark prices proved that trees really do grow to the sky. Had the market lost all reason?

In I Sold Andy Warhol (Too Soon), Polsky leads the way through this explosive, short-lived period when the “art world” became the “art market.” He delves into the behind-the-scenes politics of auctions, the shift in power away from galleries, and the search for affordable art in a rich man’s playing field. Unlike most in the art world, Polsky is not afraid to tell it like it is as he negotiates deals for clients in New York, London, and San Francisco and seeks out a replacement for his lost Fright Wig in a market that has galloped beyond his means. A compelling backdoor tell-all about the strange and fickle world of art collecting, I Sold Andy Warhol (Too Soon) takes an unvarnished look at how the industry shifted from art appreciation to monetary appreciation.