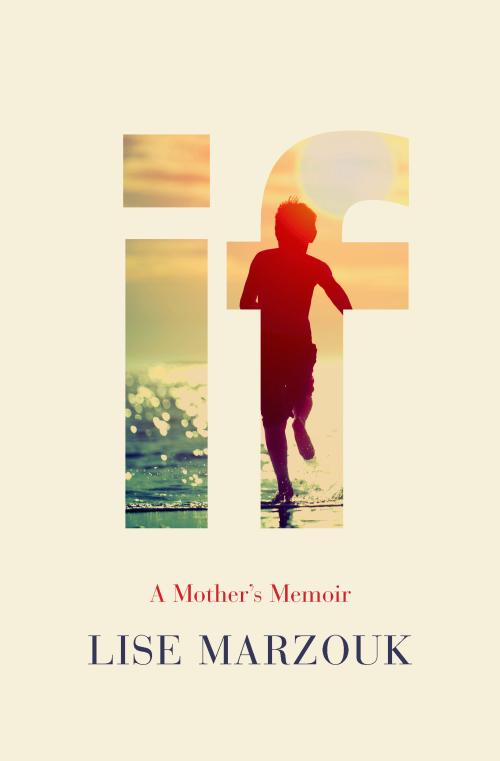 You’re sitting on a rush-seat chair in the kitchen. You just turned ten. You have your mouth wide open and I’m exploring it. The thing’s abnormally large, I can see that. An incongruous, deformed irregular ball. It’s taking up half the space, masking its twin in the background, pushing aside your uvula in the middle. What I’m really worried about are the black threads. They wriggle into the folds, like fuliginous rivulets streaming through valleys of pink flesh. Black is not physiological. My first fleeting thoughts and words. For now, these words play on a loop inside my skull. I can’t break away from them. They cling to my mind just as these dark deposits cling to your tonsil. Viscous, cloying, repulsive. Black is not physiological. A stupid euphemism intended to postpone the terrible truth, which has already insinuated itself into me. And I know the facts: black flesh is decomposing flesh. The fetid breath you’ve been exhaling the last few days would be enough to convince me. We’ve laughed about that plenty. I’m not laughing now. I’m in no doubt: what I’m looking at is putrefying, with the color and smell of death.

Rational thinking comes trooping in like a detachment of guards. Or rather a militia. It forbids all prevarication, prescribes action, directing me to an internet page all about black throats, to find an acceptable answer. Not harmless but not unbearable. I scan quickly through the page, from one pathology to another. “Necrotic tonsillitis.” Perfect. I’ve found my solution. The tonsil is dying. You, on the other hand, are fine. A quick excision and it will all be over. The rational dictatorship conjures up its guillotine. Elimination with no damage to the guilty party. Clack. Off to the clinic, clean job, no mess. In making this choice, the dictatorship rejected a long list of minor ills—short-lived infections and other consequences of poor hygiene—set out on the first half of the page, and thereby conceded a fragment of terrain to my premonition of horror. Peace of mind definitely warrants sacrificing one tiny organ. Because on the altar of this still-bleeding tonsil, to the benefit of this same offering, peace of mind managed to ignore the last lines on that page, although it glimpsed them, just enough to grasp their terrifying relevance. The enemy is in fact already there, skulking at the back of the platoon, and—behind its paradoxically sweet, resonant name—it trails a cortege of indescribable fears and sorrows, and tries to lure my mind into its vertiginous dance. I refuse to pronounce its name. Back to the middle of the page. “Necrotic tonsillitis.” Then come the decisions. It’s midnight, you’re tired, you’re in your pajamas and ready to go back to bed. The
painkiller has done its work, your throat doesn’t hurt so much. The doctor on call will do. Better to avoid going to the hospital this evening. I call. Forty-five minutes elapse. You’ve gone back to sleep. The doctor shows up. Getting paunchy, shirt of dubious cleanliness, shapeless jacket, corduroy pants, worn leather briefcase. A few despicable social observations occur to me: poor-taste jokes about the sartorial and salary-related similarities between this night-duty GP and my fellow lecturers; an inadmissible contempt, distantly inherited from my family, for a man who most likely failed his residency thirty years ago, condemning himself to this job as an itinerant owl to top up his rather inglorious pay; and then a purely artistic interest in the varied prism around the contours of his eyes, the multicolored bags of a nocturnal rep for public health. Still, his homely appearance immediately gives me confidence. This is not the man to take us on down that internet page. We can rest easy. I can tell he’s an expert in the flu, upset stomachs, measles, and other seasonal or childhood ailments. It only remains for me to coax him onto my terrain. Might as well come right out with it: “I think my son has necrotic tonsillitis. Well, you tell me, you know better than I do. One of his tonsils, but only one of them, is swollen and dark purple, almost black.” Then it’s repeat kitchen, repeat wide-open mouth, repeat flashlight, repeat teaspoon on tongue, repeat tonsil. “When will you ever stop opening your mouth?” I tease you with a smile. Oh my, aren’t we having fun. We await the verdict, dimly anxious. “Ah yes, those black lines are strange”—you think so too, right—“it looks like tonsillitis but without the white spots”—there, now we’re getting somewhere, that’s reassuring—“it must be necrotic tonsillitis, it’s nothing to worry about”—we did it. End of Act I. Act II. But now, seriously, what should I do? Because I did read those lines at the bottom of the internet page. And I wouldn’t want my delightful collaborator, devoted though he is to continued friendship between our respective corporations, to cause my son to run any risks. The ever-dependable rational militia sends me reinforcements. It has a secret weapon that means I can advance under cover. “Will he definitely need surgery? Because, you see, we’re flying to Morocco in six days. Will he be fit to travel by next Saturday?” The journey angle is both real and irrefutable. Nothing quite like a deadline to get the wolf across the river. Handled correctly, the goat and the cabbage should also make the crossing unharmed. But Homely is an expert with more than one trick up his sleeve. And he categorically refuses to cross the Rubicon, let alone the Styx, with my whole menagerie. “Listen, we can’t be sure, it might not need surgery at all. The best thing would be to go see an ENT specialist in town in two or three days to see how it’s developing. Then you’ll know where you stand for Morocco.” Now, that I was not expecting. Back to the starting blocks. Unless . . .
I try a different tack. Tough luck for rational thinking and its troops. I open the door to the unexpected, just a fraction. I know for sure the conniving bastard, the enemy masked behind its honeyed little name will put its foot in there. If not a whole foot, at least the toes, a hint of it, the fear of it and the nagging thought of the possibility of it. But hey, we have to make the most of what’s available. After all, this really matters, this is about my son. We can’t always guarantee our own mental comfort. “You know, we nearly took him to the emergency room at Necker this evening, but then we thought that was over the top, maybe not necessary, maybe not the right thing.” Homely doesn’t see the trap. He falls into it like a greenhorn. “You know, they have a specialist ENT emergency department at Necker.” No, I didn’t know that, thanks. I do now. I also know the black river has just claimed its first victim.

Carried by the combined energy of denial and hope, Lise continues to resist, for a while, just overnight. She swims against the current and keeps her head above water till dawn. But then it takes too much effort. There needs to be some pretense of hesitation, a few invented digressions: the analysis lab to carry out the blood count prescribed last night, the café on the corner to avoid going hungry, a few calls to cancel the day’s appointments. Meanwhile the anxiety builds. It swells and fattens in step with the tonsil that has doubled in size in the space of a few hours, forming a small protuberance visible to the naked eye on the child’s neck, just below the ear. And, in Lise’s mind, the sight of it is reinforced by echoes of the words she glimpsed the night before, this image and those words corresponding with sickening insistence. This tide of anxiety would inevitably scoop her up eventually—dragging her in its backwash, its endless waves clutching and then releasing her—were it not held back by her husband’s conspicuous innocence. Olivier, it seems, saw nothing, heard nothing, and intuited nothing in all this but the strategies of a rational mind. He willingly slipped into a silent, sterilized neutral space, cradled in potential regret for a sun-kissed trip condemned by a stupid winter infection. And Lise didn’t have the heart to wrench him from his haven and forcibly make him listen to the words she had read, and see the things written under those words. Perhaps—out of love, respect, or reticence—she hoped this would spare him, would avoid drawing him into her wake. Perhaps it suits her just fine to have an innocent by her side, someone whose delicious ingenuousness can prolong this “before” phase that she can tell will soon be over. Perhaps she’s also afraid he won’t have the strength to cope, he’ll be overwhelmed all too soon, meaning she’ll need to save not just one but two of her crew. Perhaps she has already assessed that she won’t have what it takes to do this, that she would have to choose, and the choice is a foregone conclusion. Perhaps this is the real reason she tells Olivier nothing: she doesn’t want to leave him to be mangled on the reefs and to run aground, abandoned and inert on the shore. They must each fight their own fight, with their own weapons and at their own speed, she gets that already. So Lise decides to go to Necker and Olivier drives.