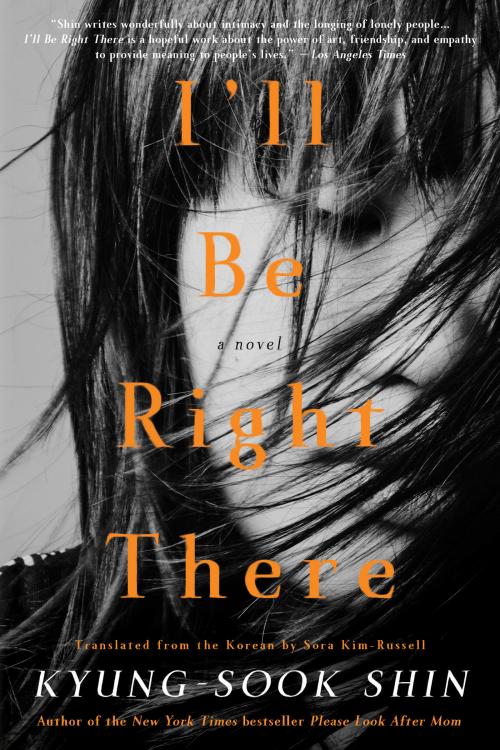 Set in 1980s South Korea amid the tremors of political revolution, I’ll Be Right There follows Jung Yoon, a highly literate, twenty-something woman, as she recounts her tragic personal history as well as those of her three intimate college friends. When Yoon receives a distressing phone call from her ex-boyfriend after eight years of separation, memories of a tumultuous youth begin to resurface, forcing her to re-live the most intense period of her life. With profound intellectual and emotional insight, she revisits the death of her beloved mother, the strong bond with her now-dying former college professor, the excitement of her first love, and the friendships forged out of a shared sense of isolation and grief.

Yoon’s formative experiences, which highlight both the fragility and force of personal connection in an era of absolute uncertainty, become immediately palpable. Shin makes the foreign and esoteric utterly familiar: her use of European literature as an interpreter of emotion and experience bridges any gaps between East and West.

“[I’ll Be Right There is] a page-turner, such is Shin’s gift for storytelling, as well as her careful cultivation of motifs.” —New York Times Book Review

“Shin writes wonderfully about intimacy and the longing of lonely people. …I’ll Be Right There is a hopeful work about the power of art, friendship and empathy to provide meaning to people’s lives.” —LA Times

“Shin can suggest profound implications in restrained detail, and though the story ends in tragedy, her frequent references to both Eastern and Western literature testify to the duty to hope and stay alive.” —Publishers Weekly

“I’ll Be Right There is as much about tender friendships as it is about the tragedies of a political uprising.” —The Huffington Post

“Shin’s skill lies in her ability to transmute the specific into the universal.” —Shelf Awareness

“Known for her beautiful imagery and lyrical prose…in I’ll Be Right There, Shin utilizes vivid, searing imagery…balanc[ing] the gentle beauty of language with bold images throughout her writing…Shin’s passages are carefully crafted, as if they were from a book of poetry…Ultimately, I’ll Be Right There is a story of hope.” —Korean Quarterly

“An astounding meditation on living in time, both time lost and time gained, as well as…an expression of a philosophy of a way to live...I’ll Be Right There immediately stands out as a book that supports, perhaps even needs, multiple readings.” —Korean Literature in Translation