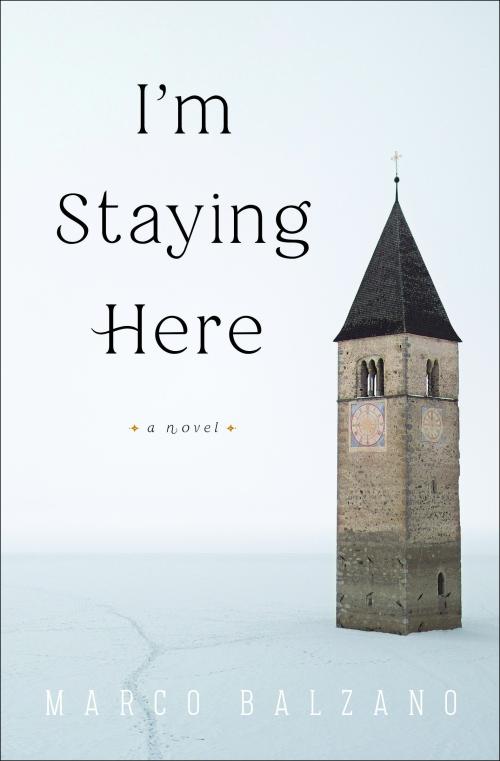 A mother recounts her life story to her long-lost daughter in this sweeping historical novel about a community torn between Italian fascism and German Nazism.

In the small village of Curon in South Tyrol, seventeen-year-old Trina longs for a different life. She dedicates herself to becoming a teacher, but the year that she qualifies—1923—Mussolini’s regime abolishes the use of German as a teaching language in the annexed Austrian territory. Defying their ruthless program of forced Italianization, Trina works for a clandestine network of schools in the valley, always with the risk of capture. In spite of this new climate of fear and uncertainty, she finds love and some measure of stability with Erich, an orphaned young man and her father’s helper.

Now married and a mother, Trina’s life is again thrown into uncertainty when Hitler’s Germany announces the “Great Option” in 1939, and communities in South Tyrol are invited to join the Reich and leave Italy. The town splits, and ever-increasing rifts form among its people. Those who choose to stay, like Trina and her family, are seen as traitors and spies; they can no longer leave the house without suffering abuse. Then one day Trina comes home and finds that her daughter is missing…

Inspired by the striking image of the belltower rising from Lake Resia, all that remains today of the village of Curon, Marco Balzano has written a poignant novel that beautifully interweaves great moments in history with the lives of everyday people.