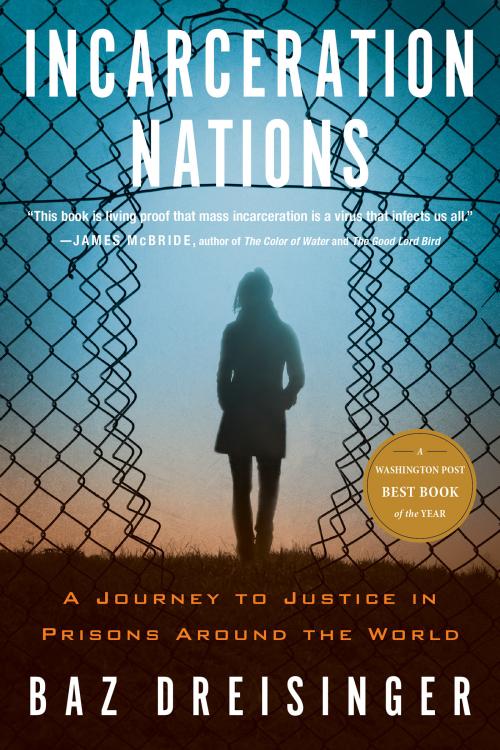 In this crucial study, named one of the Washington Post‘s Notable Nonfiction Books of 2016 and now in paperback, Baz Dreisinger goes behind bars in nine countries to investigate the current conditions in prisons worldwide.

Beginning in Africa and ending in Europe, Incarceration Nations is a first-person odyssey through the prison systems of the world. Professor, journalist, and founder of the Prison-to-College-Pipeline program, Dreisinger looks into the human stories of incarcerated men and women and those who imprison them, creating a jarring, poignant view of a world to which most are denied access, and a rethinking of one of America’s most far-reaching global exports: the modern prison complex.

From serving as a restorative justice facilitator in a notorious South African prison and working with genocide survivors in Rwanda, to launching a creative writing class in an overcrowded Ugandan prison and coordinating a drama workshop for women prisoners in Thailand, Dreisinger examines the world behind bars with equal parts empathy and intellect. She journeys to Jamaica to visit a prison music program, to Singapore to learn about approaches to prisoner reentry, to Australia to grapple with the bottom line of private prisons, to a federal supermax in Brazil to confront the horrors of solitary confinement, and finally to the so-called model prisons of Norway. Incarceration Nations concludes with climactic lessons about the past, present, and future of justice.