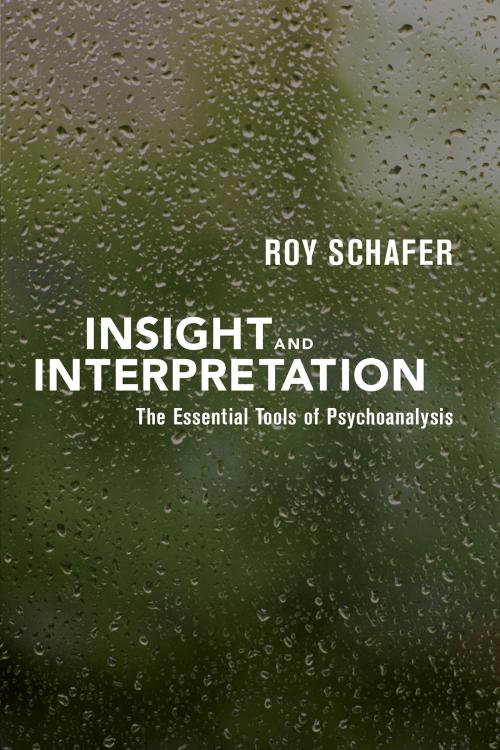 Insight and interpretation, the crucial tools of psychoanalytic process, are no longer treated with the respect they deserve. In psychoanalytic literature the focus has shifted towards the effects of countertransference and its role in the relationship between patient and analyst. By the same token, the equally important question of the analyst’s neutrality is regularly misunderstood and discredited.

Roy Schafer explains, in his typically lucid and even-handed approach, how these new shifts in contemporary psychoanalysis have often resulted in conceptual imbalance and erratic technique. His goal, however, is not to reject these recent contributions but rather to integrate them into a more cohesive understanding of the psychoanalytic process. He powerfully demonstrates how unconscious and archaic fantasies inform the patient&rsquo;s narrative. Factors such as invasion of the mind, threat punishment, seduction, control, envy, withdrawal, and evasion can find expression through the transference. Interpretation of the transference, in turn, provides the patient with the insight of what it means to understand and be understood, and why it so often threatening. Therefore, when these fantasies are played out in the countertransference, they become a tool for furhter elucidation of these unconscious fantasies that underlie the anlaytic relationship.