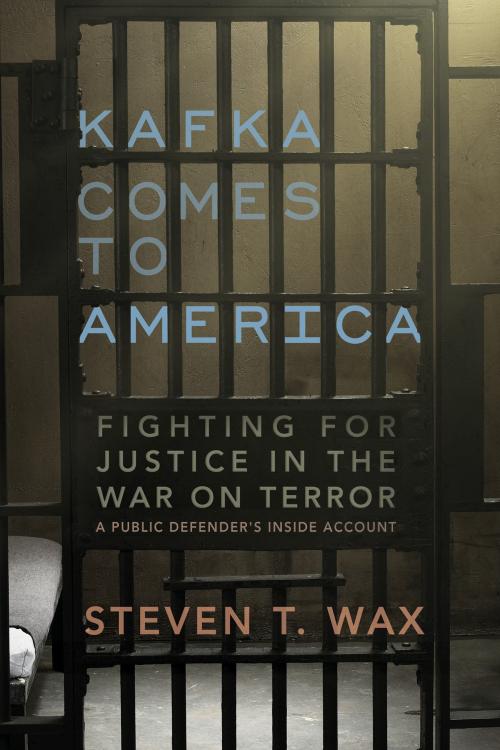 Winner of the American Bar Association’s 2009 Silver Gavel Award for Books
In Kafka Comes to America, federal public defender Stephen T. Wax argues that under the Bush administration, not only have the civil rights of foreigners been in jeopardy, but also those of U.S. citizens. Wax interweaves the stories of two men he represented who were caught up in our government’s post-9/11 counterterrorism measures. Brandon Mayfield, an American-born, small-town lawyer and family man, was arrested as a terrorist suspect in the Madrid train station bombings after a fingerprint was mistakenly traced back to him by the FBI. Adel Hamad, a Sudanese hospital administrator working in Pakistan, was taken from his apartment and flown in chains to the United States military prison in Guantánamo Bay, Cuba, for no substantiated reason.

Kafka Comes to America ultimately reveals where and how our civil liberties have been eroded in favor of a false security, and how each of us can make a difference.

Praise for Kafka Comes to America:
"Wax offers personal insight and professional outrage; his is a powerful voice that deserves to reach all Americans." –Publishers Weekly, starred review