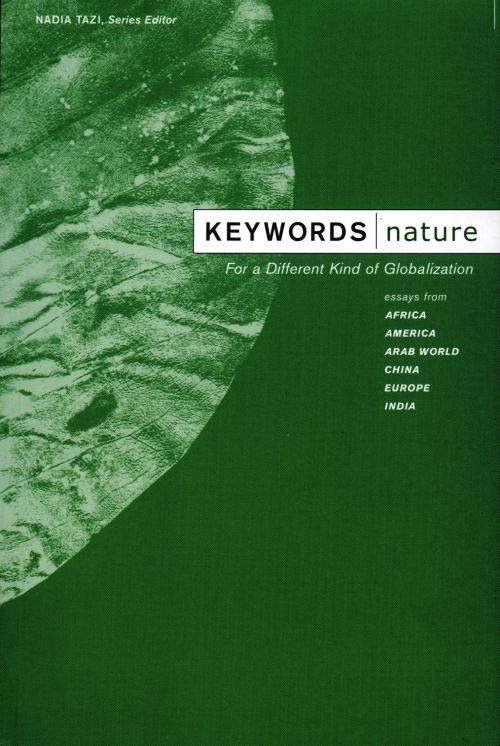 The final installment of an unprecedented intercultural dialogue.

Other Press is proud to present the fifth volume in its groundbreaking Keywords series. Scholars from Africa, the Arab World, China, Europe, India, and the United States share their vision of how nature has been shaped by the cultural and philosophical context of their respective societies, and affected by modernization and Western technology.

The Indian and African texts place a particular emphasis on the tension between Western influence, which radically transforms nature, and their traditional approach where nature is perceived as an intrinsic part of the human community. The Arabic philosophical and religious tradition frames the world as a realm of divine ordinances including natural science, physics, and mathematics. In China the word Zi Ran does not refer to the concept of nature as an abstract category but as an expression entrenched in everyday speech evolving with the mutation of Chinese philosophical ideas. In Europe, the modern definition of nature can be coined by a paradox: nature is what we believe to be true and what we acknowledge not to know, both a true fiction and a necessary fable. The American essay reveals that nature in the United States has been a dominant theme in history, art, and literature and has been associated with the image of pristine wilderness. The ecological crisis of recent times has brought back this romantic notion, which has wide political and religious consequences. At the eve of the twenty-first century, the Western perception of nature has grown closer to the traditional perspectives of the East. These essays offer an opportunity to rethink the implications of this interesting reversal.