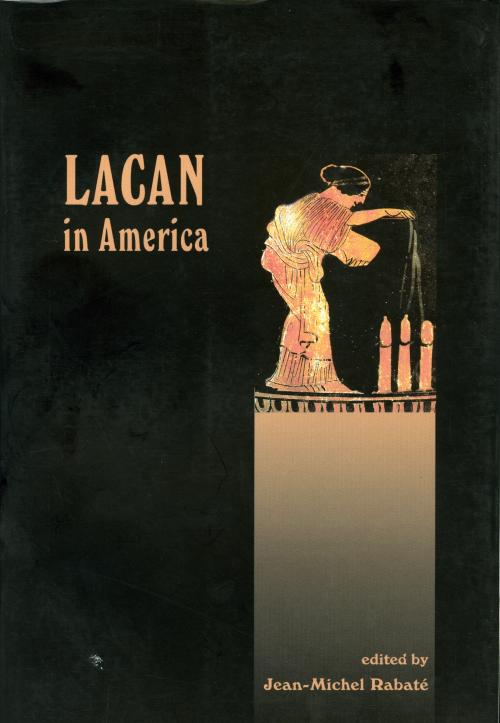 This interdisciplinary compilation of essays is a welcome tonic for the “jet lag” or cultural gap between Lacanian discourse’s warm reception in Latin countries and the resistance Lacanian clinical applications have met with in the Anglophone world. Lacan in America illuminates important and dynamic debates within a cultural context that Lacan himself has modified. Rather than a made-simple approach, this dynamic collection invokes some of the hesitations, contradictions, and evolutions that appear to be the most exciting part of his legacy, in “polylogical” discussions by “Lacanians” who are not averse to a critical reexamination of major concepts or textual and political issues. Topics include: a regressive sexual science and a “postmodern condition,” technological mediation through seduction and resistance, the partisan issues beneath some of the resistances met by Lacanian discourse, and Lacan’s revelations as responses to Freudian riddles.

Demonstrating the vitality of Lacanian thought and its impact on disciplines, from mathematics to gay/lesbian studies, Lacan in America works to edify the fruit of Lacan’s endless revision, an infinitely propagated transfiguration of his search for the meanings of truth.

“Lucid and nonpartisan?[this collection] successfully takes the ideas and issues at the heart of Lacan’s work and legacy and reinspects them through the lens offered by their transportation across the Atlantic, illustrating what has happened to them in their translation–and mistranslation–into and through American intellectual and cultural life.”
-Daniel Gunn, Department of Comparative Literature and English, The American University of Paris