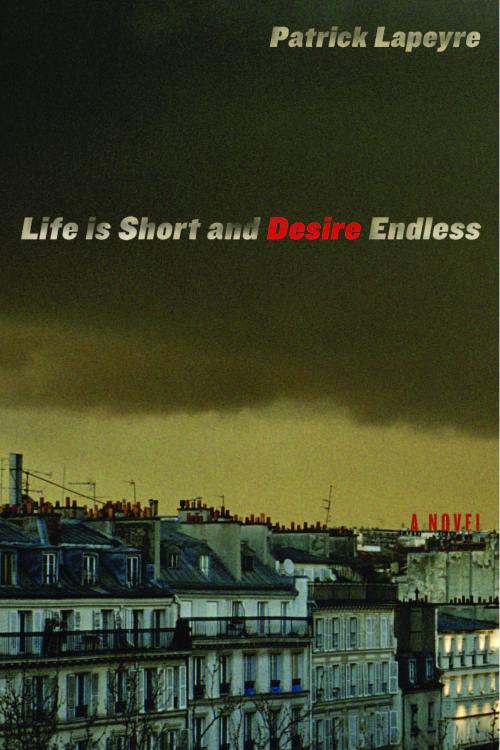 Given that the time difference between London and Paris is one hour, it is at about four thirty on that same May day that Murphy Blomdale opens the door to his apartment, puts down his luggage and, after a couple of minutes, has the chilling feeling that Nora is no longer there.
Everything around him seems strangely calm and lifeless, the windows out onto the courtyard have been left open and, in the space of three days, silence has crept into the apartment, infiltrating every nook and cranny, yet giving a different resonance from one room to the next. The place has never felt so vast and abandoned to him.
Time itself seems to be standing still, exactly as if this moment of his life, this slice of afternoon, has seized up altogether and nothing will ever come after it.
Shaking off this morbid spell, Murphy carries on with his exploration, going from the living room to his study, then his study to their bedroom: the wardrobe is empty, the drawers tipped out as if after a burglary and, instead of frames with their photos in them, all that is left on the pedestal table is a little layer of dust and a set of keys.
Enough said.
Anyone else in his position would already have accepted the evidence.
But not him. He can’t seem to believe it. In fact, he peers at himself in the mirror to see whether he looks as if he believes it, but no, he has the eyes of someone who doesn’t.
There must be some explanation for this sort of denial. Murphy Blomdale is big on voluntarism, he is one hundred percent American, both austere and hyperactive, held up as an example by his bosses; this is a man who is confronted daily by the anarchic tides of the financial world, by the unpredictability of markets, the speed of exchanges, and the volatility of capitals. In short, nothing that might prepare him for being the male lead in a romantic drama one day.