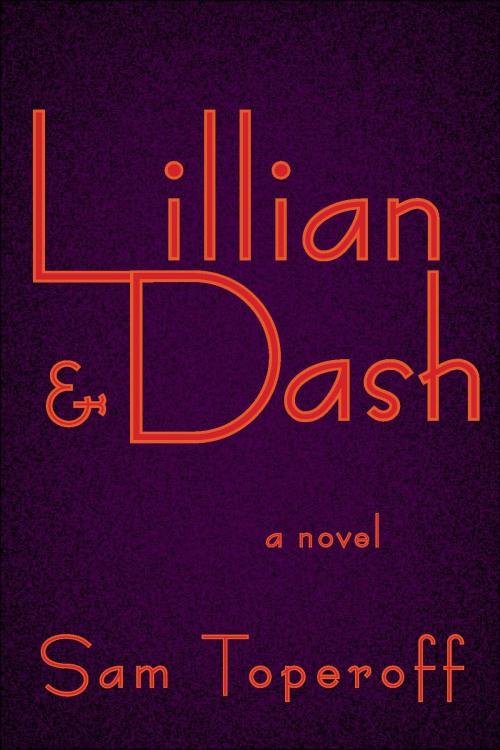 “This is a novel that reimagines their relationship…with a strong dose of Golden Age romanticism.”—LA Times

“I never knew how love like this worked, the kind that jumps the tracks but just keeps barreling onward…’til Sam Toperoff yanked me aboard, sat me next to Dash and Lill and took us hurtling through Hollywood, down Broadway, across two wars, a political witch hunt and mid-20th-century America, spellbound and hell-bound for human truth.” —Gary Smith, writer, Sports Illustrated

“[A] wonderful tale, graphic and true as it imagines the reality surrounding Hellman’s and Hammett’s extraordinary lives. You’ll love it and learn from it.”—Paul Newlin, author of It Had to Be a Woman and Reaching for September

“I have been reading Sam Toperoff’s fiction for decades. He is a wonderful writer, shamefully underappreciated….Fascinating and engrossing, one of those rare books that would help you through an airplane flight without insulting your intelligence. In a word, it’s literature. It also happens to be dark and sexy and, I would think, ripe for the movies.”—Tracy Kidder, author of Mountains beyond Mountains and winner of the Pulitzer Prize and National Book Award for nonfiction

“Toperoff captures time and place and most importantly two vital people. It is not easy to write about writers, but with energy and wit and skill, Toperoff brings Hellman and Hammett’s talent and pain directly into the present.”—George Vecsey, former sports columnist, New York Times

“Over the years, Toperoff has been a master at blending fact and fiction…and in this book his handling of the Hammett/Hellman relationship and the Hollywood of their time is exemplary and brilliant. He has a great ear for their speech, and Toperoff delivers the historical period with not only credibility, but insight as well. And of course it’s a book about writers and writing, and thus the relationships between ego and talent, success and the lure of self-destruction.”—Stephen Dunn, winner of the Pulitzer Prize in poetry

“Much has been written about these two writers, playwrights, political activists, drunks and lovers, but nothing better than this novel. Toperoff does not pretend to be an earwitness to every private conversation, bit of pillow talk or fight; instead, he weaves a great story out of the public evidence that swirled around both parties.”—Shelf Awareness

“A powerful homage to American literary arts and the personal struggles of Hellman and Hammett. Their little-known story shines here with unabashed brilliance.”—Library Journal

“Toperoff presents a clear-eyed view of celebrity along with the major political and military events that bring about profound change in America and beyond.”—Historical Novel Society

“[Lillian & Dash] is an excellent novel. Toperoff blends literary gossip, hard facts, and fiction seamlessly and comes up with a book that is both fun and deep.”—Washington Independent Review of Books

“[A] wonderful read for anyone interested in the entertainment industry, recent history, or illicit romance.” —Jewish Book Council