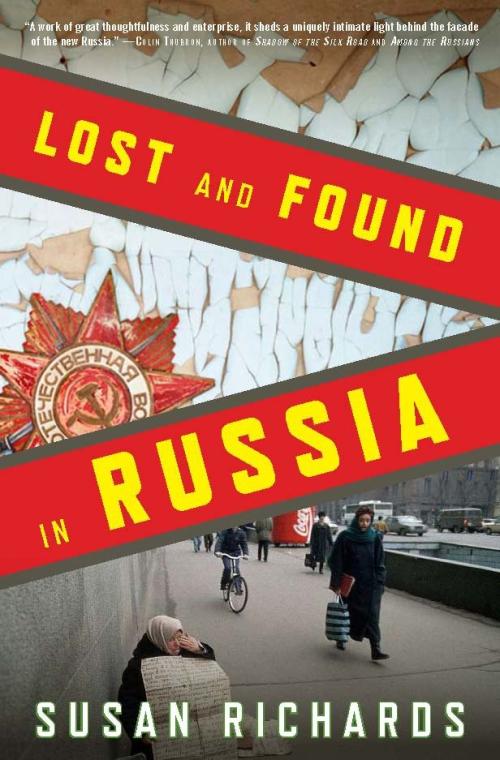 After the fall of communism, Russia was in a state of shock. The sudden and dramatic change left many people adrift and uncertain—but also full of a tentative but tenacious hope. Returning again and again to the provincial hinterlands of this rapidly evolving country from 1992 to 2008, Susan Richards struck up some extraordinary friendships with people in the middle of this historical drama. Anna, a questing journalist, struggles to express her passionate spirituality within the rules of the new society. Natasha, a restless spirit, has relocated from Siberia in a bid to escape the demands of her upper-class family and her own mysterious demons. Tatiana and Misha, whose business empire has blossomed from the ashes of the Soviet Union, seem, despite their luxury, uneasy in this new world. Richards watches them grow and change, their fortunes rise and fall, their hopes soar and crash.
Through their stories and her own experiences, Susan Richards demonstrates how in Russia, the past and the present cannot be separated. She meets scientists convinced of the existence of UFOs and mind-control warfare. She visits a cult based on working the land and a tiny civilization founded on the practices of traditional Russian Orthodoxy. Gangsters, dreamers, artists, healers, all are wondering in their own ways, “Who are we now if we’re not communist? What does it mean to be Russian?” This remarkable history of contemporary Russia holds a mirror up to a forgotten people. Lost and Found in Russia is a magical and unforgettable portrait of a society in transition.