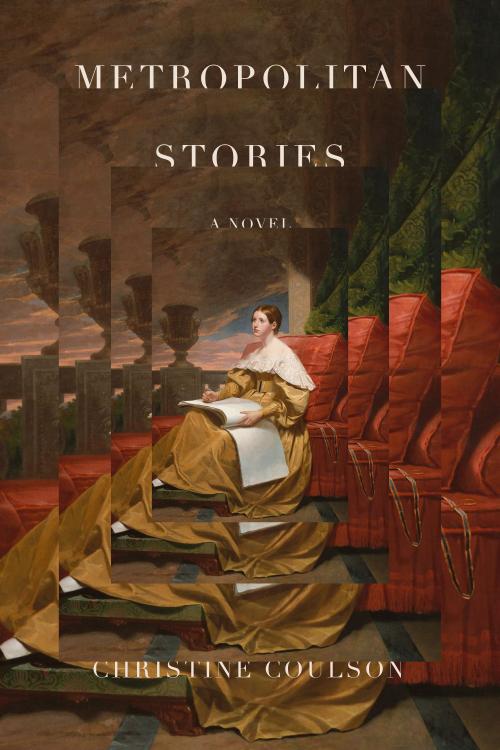 We protect them and save them and study them. After a time, we realize—some of us slower than others—that they are protecting us, saving us, studying us. “We” are generations of golden children, thousands of staff members, raised by the Metropolitan Museum, put in its ward and shaped and stretched until our eyes can spot beauty like we’re catching a ball, quick and needy, clutching it to our chests so it is ours, all ours.
Our knees buckle as we learn every one of the museum’s tangled paths—every gallery, every limestone hall, every catwalk and shortcut, every stairway up and down and across and over—until our muscles, tutored and trained, always bend us in the right direction.
We dream of chalices and Rothkos, African masks and twisting Berninis unfolding in our minds like so many fluttering pages. Our hearts stutter with their stories, so many stories that words won’t do. We need to show you what we see, what we have woken up, right here, right now, in this shiny box.
“They” are the objects, the art, the very stuff of the place. The things the public comes to see and longs for us to sing about, loudly and clearly and with every breath, until the visitors are too inspired, too tired, to see another bronze, another altarpiece, another sword or portrait or vase. After buying a bag of proof in the shop—a sack that says the museum has been done, with Van Gogh napkins to prove it—the visitors leave.
We and the objects stay. We have our evenings to cling together and our mornings to reunite. We connect like neighbors across a fence, one side always knowing more; we like to think it’s us, but it’s them. Our hungry scholarship scratches for what they’ve already lived. Those objects were there, saw the whole thing, right in front of them. Watched the tomb door close, pinching the sunlight until it narrowed to one last blinding stripe, then thrrump! Gone.
We depend upon their magic, know it like a quiet superstition. The objects glide into our world—once fixed, now moving—each time showing up somewhere we did not expect. Because we did not realize that we needed to be rescued by marble and silk, or canvas and oil paint, or charcoal upon a page, pushing beyond gilded frames and glass cases to reach out and do with us what they will, always for good. Never against us. Those works of art work—to make the right things happen and sweep the wrong things down the steps of the museum in heavy drips that collect and wash away. And we are breathless and relieved to have the art on our side. It is why we never leave.

Sometimes I wish we had a support group. We would start by introducing ourselves. “Hi, I’m a fauteuil à la reine made for Louise-Élisabeth, Duchess of Parma.”
The other chairs would immediately think I’m an asshole, particularly the older Windsor chairs.
Everyone would know that I still have my original upholstery and that I’ve made cameo appearances in a few minor paintings. There’s some cred in that, but also a lot of resentment.
I remember back in Paris when a master carver sculpted me into coils and tendrils, decoration so florid that even my smoothest surface arched into acrobatic movement: swinging, reaching, bounding, wrapping with wisteria determination.
Gold leaf coated each of these spiraling forms. The sheets of the precious metal, impossibly thin, floated onto my exposed wood like a soft rain, cool and tender. Silk velvet was then stretched across my curves, a fine, bespoke suit, taut and precise, with glistening ornament along its edges.
I can picture Louise-Élisabeth’s daughter, Isabella, age eight, on the day I arrived from France at the Ducal Palace of Colorno in Parma. It was 1749, and she stroked my crimson velvet with such care, trying to appear grown up and sophisticated.
But I also remember when she curled herself within my arms and cried fat, messy tears, her knees tucked tightly beneath the panniers of her gown with its flowers and ribbons. I can still feel the heaving of her chest against my back as she shivered gently to the rhythm of her sobs. How I wish I could have swayed along with that pulsing sorrow to comfort her.
Only five years later, Isabella’s siblings, Ferdinand and Maria Luisa, would topple into me during
audiences with their parents and pull at my gold trimmings, as clumsy and silly as any children, despite their finery.
One time at the Met, a small boy—not more than three years old—wandered past the barriers in the Wrightsman Galleries and headed straight for me. Almost two hundred and twenty-five years had passed, but he reminded me so much of those toddlers back in Parma.
Come on little guy! I thought from behind the gallery ropes. You can make it!
The boy’s plump hands extended forward, propelled by his thick, tumbling waddle, his shoes clomping on the gallery floor. I felt like I was hanging from a cliff waiting for him to grip my arm and save me. Then a breeze of moist heat floated past as his mother grabbed him at the very last second—just before he reached me. That was 1978. I still dream about it. I imagine the boy climbing up onto my seat. His pleasant folds and warm, springy pudge nestled between my arms. A small puddle of drool soaking into my velvet, the life of it racing through to my frame.

I would share those dreams in the meetings.
Of course, I remember the lonely attics and warehouses, too. Rooms of swollen heat and shrinking cold. Dark, hollow, airless. A desolate purgatory, despite the stacked and crowded landscape, a bulging mountain range of the stored and forgotten.
In the brittle stillness, dust showered down upon me with a fragile constancy, like some gray and final mist, ashen drifts accumulating on my every surface. For decades, I ached for the feel of footsteps rattling through the floorboards, quivering up my legs, delivering some—any—faint agitation of life. And oh, to be the chosen one when that door finally swung open, the chooser blackened against the blaze of ripe and glorious light! Storage would definitely come up in the meetings, too.
Eventually I landed back in Paris at Maison Leys, the city’s foremost interior decorating firm at the turn of the century. There, in 1906, the legendary connoisseur Georges Hoentschel sold me to the American giant J.P. Morgan, along with two thousand other pieces of furniture. Morgan gave the whole lot of us to the Met, where I will always live in great splendor.
But Parma was my home. I will never forget the light and shadow of those glorious rooms of my youth. Some days I trace every detail in my mind, the way prisoners do to survive captivity. I feel Louise-Élisabeth’s body collapsing onto me, tired and alone: the fearless daughter of a king, frustrated by her timid spouse and hindering lack of beauty. I can still smell the sour odor of her flaccid husband as he picked at my gilding.
Little Maria Luisa eventually became Queen of Spain after she was engaged to her cousin Charles at age eleven. Short and not as pretty as her older sister, her feet swung lazily from my edge as she listened to her mother explain the arrangements of the loveless marriage. As rebellion or consolation, a parade of lovers would later sink into my velvet during Maria Luisa’s reign.
Maria Luisa kept me with her until she died in Rome in 1819. I held her through the fear and tragedy of twenty-four pregnancies over twenty-eight years. Only six babies survived.
I wouldn’t talk about those memories in the meetings.