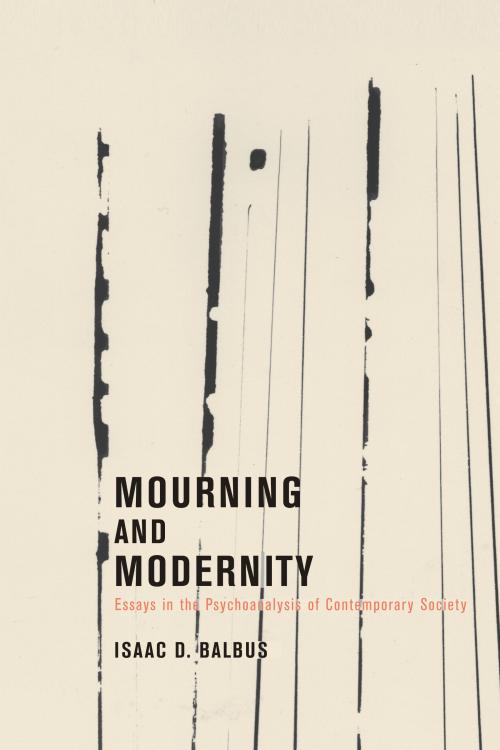 In this collection of new and previously published essays, political theorist Isaac D. Balbus deepens and extends the feminist neo-Kleinian account of sexual, political, and technological domination he developed in his earlier works. The first half of Mourning and Modernity responds to Marxist, nonpsychoanalytic, feminist, and post-structuralist criticisms of that psychoanalytic account. The second half applies Kleinian theory to a number of salient topics, including: the issue of reparations for slavery and racism, the fantasies of omnipotence fostered by computer-mediated communication, and the way in which deep ecology and 12-step recovery programs contest omnipotence in the realms of production and consumption.

Balbus conceptualizes modernity as a manic cultural defense against mourning the very losses it mandates and as a source of reparative movements of mourning that challenge its contemporary configuration. This argument allows Balbus to transcend the tired debate between those scholars for whom modernity is an unambiguous emancipation and those for whom modernity is entirely bereft of emancipatory possibilities. Mourning and Modernity thus renews the tradition of critical cultural psychoanalysis that includes the works of Erich Fromm, Herbert Marcuse, Norman O. Brown, Christopher Lasch, and Dorothy Dinnerstein, and will be particularly provocative to readers who are familiar with that tradition as well as anyone who is interested in the intersection of psychoanalysis and social or political theory.