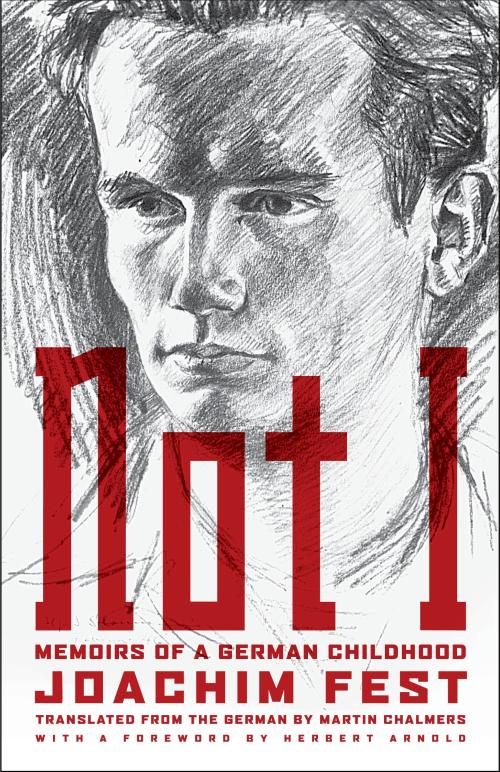 Few writers have deepened our understanding of the Third Reich as much as German historian, biographer, journalist, and critic Joachim Fest. His biography of Adolf Hitler has reached millions of readers around the world. Born in 1926, Fest experienced firsthand the rise of the Nazis, the Second World War, and a catastrophically defeated Germany, thus becoming a vital witness to these difficult years.

In this memoir of his childhood and youth, Fest offers a far-reaching view of how he experienced the war and National Socialism. True to the German Bildung tradition, Fest grows up immersed in the works of Goethe, Schiller, Mörike, Rilke, Kleist, Mozart, and Beethoven. His father, a conservative Catholic teacher, opposes the Nazi regime and as a result loses his job and status. Fest is forced to move to a boarding school in the countryside that he despises, and in his effort to come to terms with his father’s strong political convictions, he embarks on a tireless quest for knowledge and moral integrity that will shape the rest of his life and writing career.

“Quietly compelling, elegantly expressed… Not I shrinks the Wagnerian scale of German history in the 1930s and 1940s to chamber music dimensions. It is intensely personal, clear-eyed and absolutely riveting.” —The New York Times

“Exceptional…it tells in a modest, believable, quietly bitter, and totally proud way of a family’s extraordinary decency…Strong and unique. Without it, the English language these days is short a very good book.” —New York Times (Global Edition)

“Joachim Fest’s memoir of his boyhood during the Nazi era belongs on the shelf of every historian of the culture and politics of the Third Reich. Alongside iconic works by Peter Gay, Ruth Kluger, Inge Deutschkron, and Victor Klemperer, and with autobiographical novels like Günter Grass’s Cat and Mouse, Christa Wolf’s “Patterns of Childhood”, and Martin Walser’s A Gushing Fountain, Fest’s portrait of his conservative Catholic father enriches our knowledge of the German opposition to Hitler immeasurably.” — David Dollenmayer, Author/Translator and winner of the 2008 Helen and Kurt Wolff Translator’s Prize

“I loved it, both as a story of great personal courage but also as a very moving witness to the fact that decent liberal values were not entirely lost during the Nazi period. It gives a fascinating and unusual slant on a time that has been so heavily worked over in more obvious ways. In its own manner, it stands alongside Victor Klemperer’s extraordinary diaries of the same period.” —Simon Mawer, best-selling author of Trapeze and The Glass Room

“Fest’s accounts of being called up, of trying to avoid military service, fighting, seeing comrades die, and being caught and kept as a prisoner of war are engrossing.” —Independent On Sunday

“A heroic interrogation of Germany’s past.” —Sunday Telegraph

“[Fest] makes it hard to think about those blighted years, and it should be hard. His book is a glory, but only if you dare.” —The Scotsman

“Fest’s portraits of his brothers, his mother, and his cousins—and of himself as a teenage soldier and POW—are equally vivid and full of pathos.” —Lorin Stein, The Paris Review

“A stunning portrait of a strenuously anti-Nazi family in Berlin who managed to hang on to their moral convictions during the brutalizing Hitler years…A beautifully written and translated work that creates rare, subtle portraits of Germans.” —Kirkus Reviews (Starred Review)

“Joachim Fest’s last book is in many ways the most intimate of all of his revered journalistic writings and book-length nonfiction… [A] sobering look into the Nazi years, seen through the eyes of an embittered young German.” –Historical Novels Review