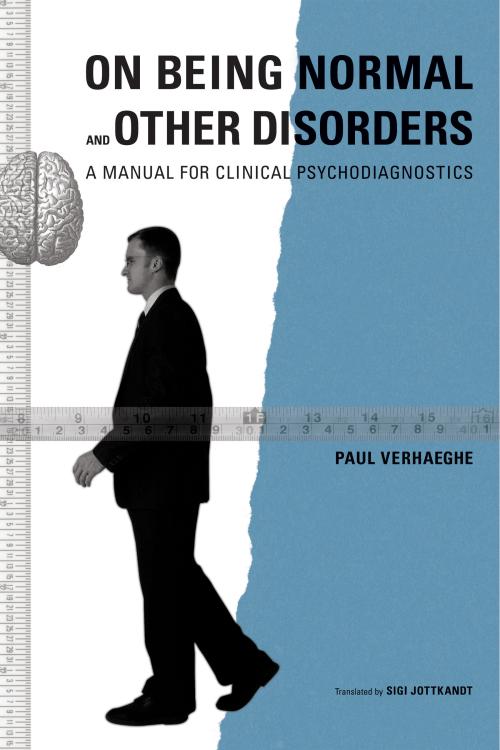 Winner of the 2005 Goethe Award in Psychoanalytic Scholarship

The central argument of On Being Normal and Other Disorders is that psychic identity is acquired through one’s primary intersubjective relationships. Thus, the diagnosis of potential pathologies must also be founded on this relation. Given that the efficacy of all forms of treatment depends upon the therapeutic relation, a diagnostic of this sort has wide-ranging applications.

Paul Verhaeghe’s critical evaluation of the contemporary DSM-diagnostic shows that the lack of reference to an updated governing metapsychology impinges on the therapeutic value of the DSM categories. In response to this problem, the author sketches out the foundations of such a metapsychology by combining a Freudo-Lacanian approach with contemporary empirical research. Close attention is paid to the processes of identity acquisition to show how the self and the Other are not two separate entities. Rather, subject formation is seen as a process in which both the subject’s and the Other’s identity, as well as the relationship between them, comes into being.

By engaging this new theoretical approach in a constant dialogue with the findings of contemporary research, this book provides a compass for the practical applications of such a differential diagnostic. Post-modern categories of anxiety disorders, personality disorders, and post-traumatic stress disorders are approached both through the well-known neurotic, psychotic, and perverse structures, as well as through the less familiar distinction between an actual pathology and a psychopathology. These two outlooks, which involve the role of language and the subject’s relation to the Other, are spelled out to show their implications for treatment at every turn.