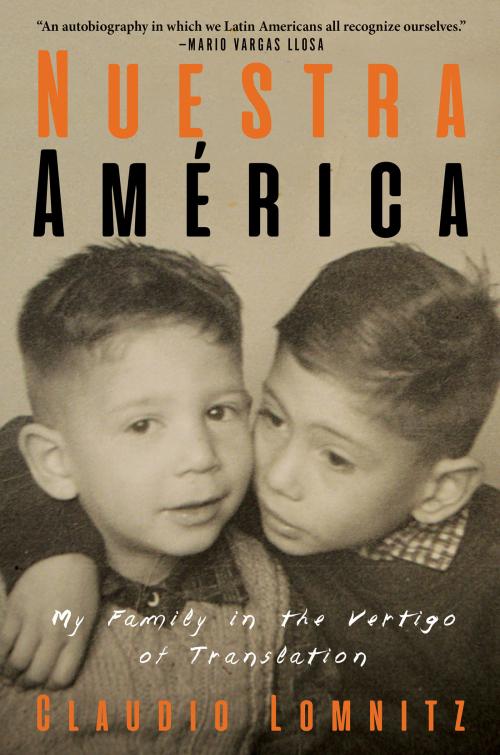 NAMED A MOST ANTICIPATED BOOK OF THE YEAR BY KIRKUS REVIEWS

A riveting study of the intersections between Jewish and Latin American culture, this immigrant family memoir recounts history with psychological insight and the immediacy of a thriller.

In Nuestra América, eminent anthropologist and historian Claudio Lomnitz traces his grandparents’ exile from Eastern Europe to South America. At the same time, the book is a pretext to explain and analyze the worldview, culture, and spirit of countries such as Peru, Colombia, and Chile, from the perspective of educated Jewish emigrants imbued with the hope and determination typical of those who escaped Europe in the 1920s.

Lomnitz’s grandparents, who were both trained to defy ghetto life with the pioneering spirit of the early Zionist movement, became intensely involved in the Peruvian leftist intellectual milieu and its practice of connecting Peru’s indigenous past to an emancipatory internationalism that included Jewish culture and thought. After being thrown into prison supposedly for their socialist leanings, Lomnitz’s grandparents were exiled to Colombia, where they were subject to its scandals, its class system, its political life. Through this lens, Lomnitz explores the almost negligible attention and esteem that South America holds in US public opinion. The story then continues to Chile during World War II, Israel in the 1950s, and finally to Claudio’s youth, living with his parents in Berkeley, California, and Mexico City.