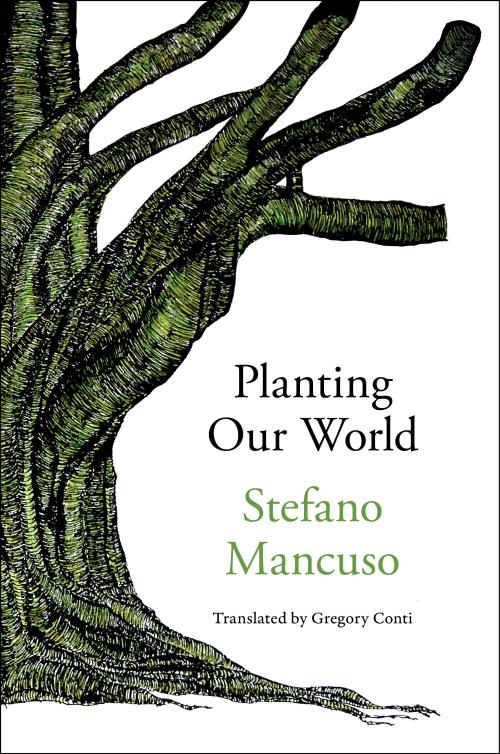 After decades of keeping community with plants, I seem to perceive their presence not only in every place on our planet but also in the stories of each and every one of us.
At first, I figured that a heightened perception of the vegetable world was the normal consequence of my sensitivity to these silent beings. And that, as happens to anyone who develops a strong taste for something, I had started to notice the object of my interest everywhere I went. Anyone who has fallen in love knows what I am talking about: that strange sensation that everything in the universe, no matter how distant or marginal, appears to be related in some way to the object of our affection. Every event, every song, the weather conditions, the stones in the sidewalk you’re walking on, everything has a precise echo in your own little love story. I remember a delightful novella by Guy de Maupassant, which I read as a young boy, about a lady who, every time she fell in love, and she did so fairly frequently, radically transformed her world by placing at the center of her own interest the profession of her new lover. She fell in love with a lawyer and spoke only of civil codes and trials; with a pharmacist the world was composed solely of medicines and drugs; with a jockey it was all horses, saddles, bridles, and reins. I am sure that each of us knows of analogous cases. It is one of the reasons why somebody who’s in love is unbearable.
So I started asking myself if it wasn’t because of some kind of green infatuation that, like the lady in Maupassant’s story, I couldn’t see anything except plants all around me: in every place on the planet, at the start of every human story, the basis for every event. I have thought about it and I think I can assert with a certain degree of assurance that the answer is no. I am reasonably sure of it. That I live with plants, study them, and that they are undoubtedly the center of my interests is not related to their appearance at the start of every story. It is simply a consequence of their enormous number and of their being the source of life on this planet. This is an indisputable fact. How could it be otherwise? We animals are only 0.3 percent of our planet’s biomass, while plants are 85 percent. It is obvious that every story that takes place on our planet has, in one way or another, a leading role for plants. This planet is a green world; it is the planet of plants. It is not possible to tell a story about it that does not stumble across its most numerous inhabitants. That plants do not show up in our experiences or, if they happen to creep into them, they only have a role as colorful extras, is the fruit of our total removal from our perceptive horizon of these living beings on whom all life on earth depends.
When we succeed in looking at the world without seeing it simply as a playground for humans, we cannot help but notice the ubiquity of plants. They are everywhere and their adventures inevitably intertwine with our own.
The English composer Sir Edward Elgar was once asked where his music came from. His answer was: “There is music in the air, music all around us, the world is full of it and you simply take as much as you require.” The same thing applies to plants. They are, like music was for Elgar, literally all around us, and to write about them, all you have to do is listen to their stories and tell them, each time using as much as we require.
That is how this book came to be, by taking, here and there, stories of plants that, as they intertwine with human experience, bring both together in the narration of life on earth. Just like what happens in a forest, where each tree is linked to all the others in an underground network of roots that joins them together to form a superorganism, plants are the nervous system, the map (or plan) on which the world we live is built. Not seeing this plan, failing to use it in planning our world, believing that we humans have by now placed ourselves above nature, is one of the gravest dangers to the survival of our species.