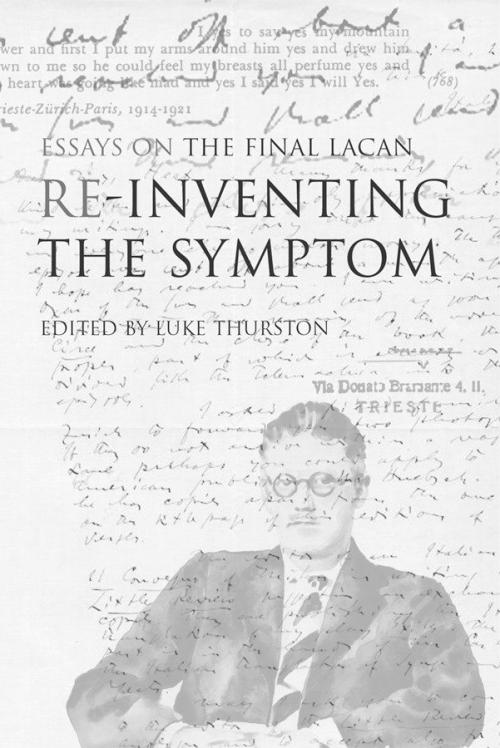 The essays collected in Re-inventing the Symptom explore the final period of Jacques Lacan’s teaching, focusing on his 1975-76 seminar Le sinthome. This book sheds light on the central questions of this last “phase” of Lacanian theory and unravels the principal enigmas of the seminars. The work as a whole breaks through previous obstacles to the act of reading Lacon’s last work, among them the notorious restrictions placed upon the publication and translation of Lacan’s teachings.

The contributors examine Lacan’s late work from a variety of perspectives. They consider his theories on Boromean knot topology and rethink readings of his views on sexual difference, his encounter with Joyce, and even his consideration that his work was not theory at all, but rather a kind of writing. These lucid essays offer a dazzling reading of works previously considered elusive.

Students and practitioners of psychoanalysis alike will benefit from this revolutionary collection. The contributors mark the territory for a more widespread deployment of Lacanian theory in our cultural landscape, from modernism to deconstruction and feminism. At last, those who seek to approach Lacanian thought and apply its relevance to their own fields have a radical new tool made readily available to them.