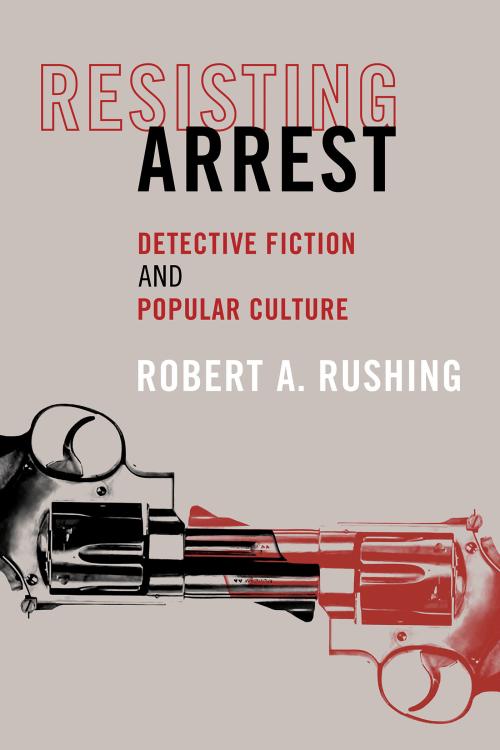 A volume in the Cultural Studies Series edited by Samir Dayal

An innovative and entertaining look at genre, popular culture, enjoyment, and psychoanalysis.

Detective fiction, a category that, broadly defined, runs the gamut from Oedipus Rex to "The Purloined Letter," continues to draw a range of fans and scholars, and to play a pivotal role in popular entertainment, contemporary literature, and psychoanalytic theory. But how do we derive pleasure from reading about or watching a detective’s exploits? Is our enjoyment in the vicarious experience of genius? Or in witnessing the commission of a crime, an equally vicarious experience of violence?

Resisting Arrest looks at the detective genre in its many different cultural manifestations, from popular fiction (Christie) to high literature (Eco), from art films (Antonioni) to popular television series (Monk). In each case, Rushing finds that detective stories have less to do with fulfilling our hidden desires, as psychoanalytic explanations have traditionally asserted, than with purposively thwarting them. He argues that the genre is in fact constituted principally by the promises on which it fails to deliver, including the vicarious experience of both genius (readers expecting to play Sherlock Holmes are almost always cast as Watson) and antisocial violence, so that our pleasure is based on what Slavoj Zizek has called "the endless circulation around the always-missed object." Organized around the key ideas that structure the detective genre ("Desire," "Repetition," "Violence"), Resisting Arrest offers a thoroughly new interpretation that will appeal to scholars interested in questions about genre and cinema studies, popular culture, and psychoanalysis.