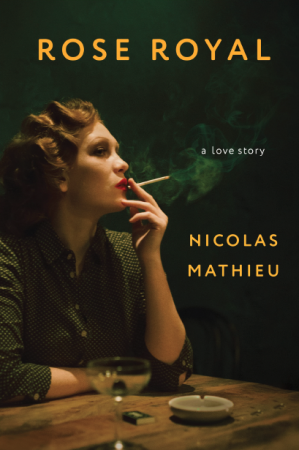 “This taut work has the power of a fable, with a cautionary moral about the violence lurking beneath every aspect of modern life.” —Rumaan Alam, New York Times bestselling author of Leave the World Behind

“A searing, unflinching portrait of a woman’s life in free fall. Rose Royal is a dark gem.” —Elizabeth Hand, author of Generation Loss and Curious Toys

“Reminiscent of Chopin’s The Awakening, Nicolas Mathieu has delivered a brief, fierce glimpse of lives compounded and compressed beneath the weight of patriarchy, where the control is as often mental as physical and the violence is as much silent as deafening.” —David Joy, author of When These Mountains Burn

Praise for And Their Children After Them:

“[A] page-turner…It is easy to see why this novel, which arrives just on time and contains the secret history of the current political upheaval, would find such critical acclaim…I couldn’t put the book down. I didn’t want it to end.” —New York Times Book Review

“A novel that is delightfully detached and disabused, and yet knows when to let down its guard and be moving.” —Los Angeles Review of Books

“A masterly, far-reaching exploration of a de-industrialized country which ‘treated its families like a minor footnote to society’…And Their Children After Them invites comparison with the great realist and naturalist writers of the French nineteenth century.” —Times Literary Supplement