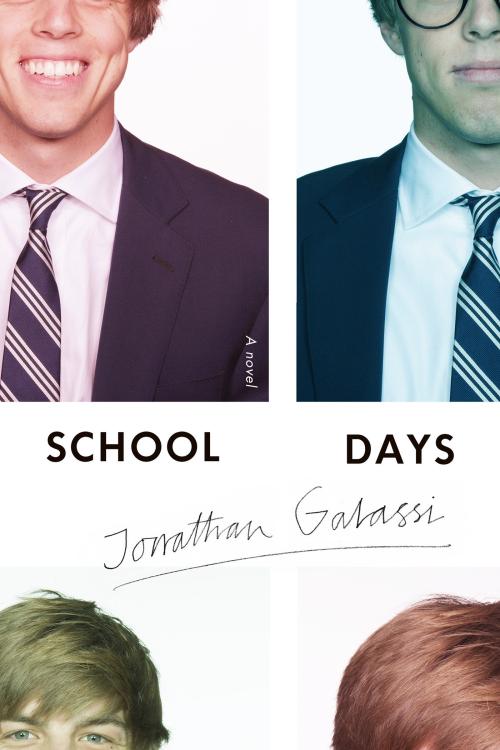 “Sink your teeth into something salacious and meaningful with this novel.” —Nylon

“In School Days, Jonathan Galassi gives us a novel of change, loss, and liberation. It’s a look at a private school in the 1960s, a world of privilege and erudition on the cusp of upheaval. But it’s also the story of a man finding his hard-won truth, a gift that enables him to clearly see his boyhood friends—and himself—for the first time. Brilliant, wise, and wistful.” —Jennifer Finney Boylan, author of She’s Not There and Good Boy

“Nostalgia, desire, and the treachery of long-held secrets collide in this absorbing psychological mystery set amid the casual cruelties of privilege and youth. Though no one is murdered, heroes are toppled, illusions shattered, and Galassi’s protagonist unearths not just a scandal but painful truths all his own. This is the kind of satisfying story whose final revelations send you rushing right back to the start.” —Julia Glass, National Book Award–winning author of Three Junes and Vigil Harbor

“Entertaining…Muse is many things: a satire of New York’s social world, a portrait of publishing that is both love song and takedown, and an intriguing mystery.” —New York Times Book Review

“A testament to the purity of the written word, and the turmoil that can be required to get it on paper.” —The New Yorker