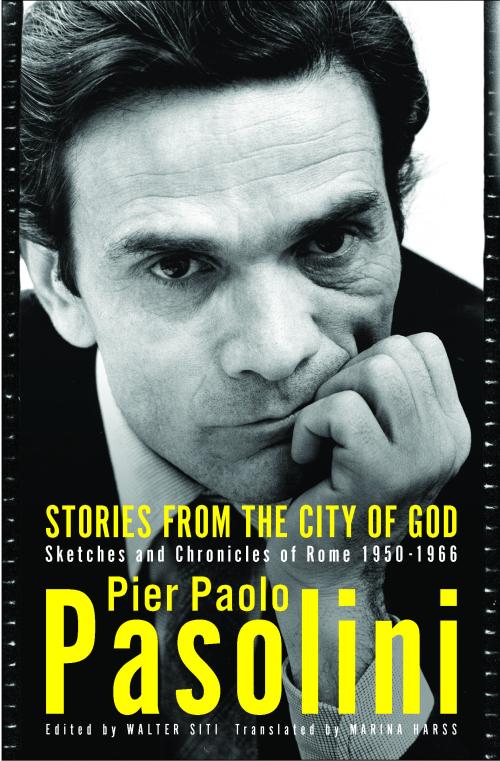 Now in paperback, a collection of the legendary filmmaker’s short fiction and nonfiction from 1950 to 1966, in which we see the machinations of the creative mind in post-World War II Rome.

In a portrait of the city at once poignant and intimate, we find artistic witness to the customs, dialect, squalor, and beauty of the ancient imperial capital that has succumbed to modern warfare, marginalization, and mass culture. The sketches portray the impoverished masses that Pasolini calls “the sub-proletariat,” those who live under Third World conditions and for whom simple pleasures, such as a blue sweater in a storefront window, are completely out of reach.

Pasolini’s art develops throughout the works collected here, from his early lyricism to tragicomic outlines for screenplays, and finally to the maturation of his Neo-realism in eight chronicles on the shantytowns of Rome. The pieces in this collection were all published in Italian journals and newspapers, and then later edited by Walter Siti in the original Italian edition.