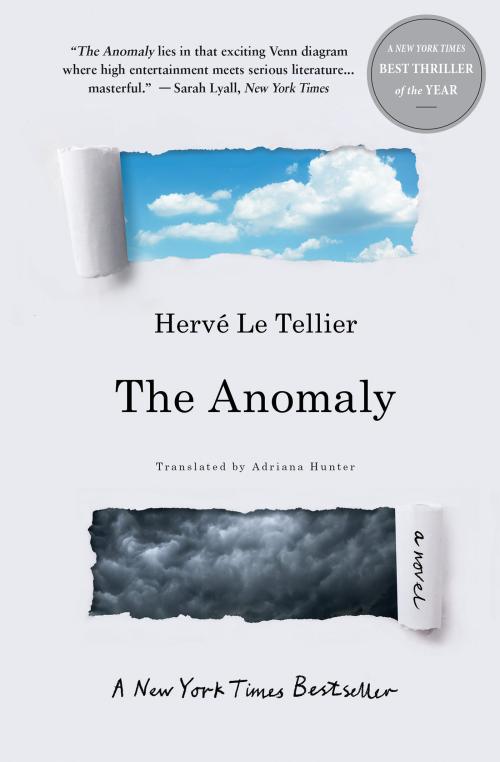 Winner of the Goncourt Prize and now an international phenomenon, this dizzying, whip-smart novel blends crime, fantasy, sci-fi, and thriller as it plumbs the mysteries surrounding a Paris-New York flight.

Who would we be if we had made different choices? Told that secret, left that relationship, written that book? We all wonder—the passengers of Air France 006 will find out.

In their own way, they were all living double lives when they boarded the plane:
Blake, a respectable family man who works as a contract killer.
Slimboy, a Nigerian pop star who uses his womanizing image to hide that he’s gay.
Joanna, a Black American lawyer pressured to play the good old boys’ game to succeed with her Big Pharma client.
Victor Miesel, a critically acclaimed yet largely obscure writer suddenly on the precipice of global fame.
About to start their descent to JFK, they hit a shockingly violent patch of turbulence, emerging on the other side to a reality both perfectly familiar and utterly strange. As it charts the fallout of this logic-defying event, The Anomaly takes us on a journey from Lagos and Mumbai to the White House and a top-secret hangar.
In Hervé Le Tellier’s most ambitious work yet, high literature follows the lead of a bingeable Netflix series, drawing on the best of genre fiction from “chick lit” to mystery, while also playfully critiquing their hallmarks. An ingenious, timely variation on the doppelgänger theme, it taps into the parts of ourselves that elude us most.