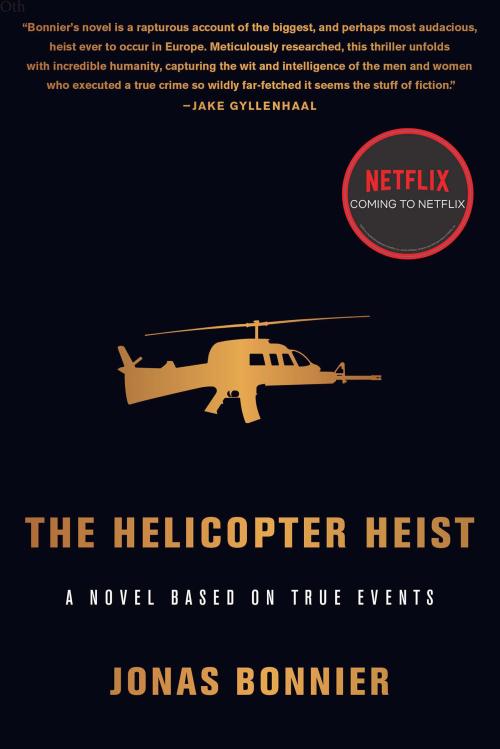 SOON TO BE A NETFLIX FILM STARRING JAKE GYLLENHAAL

A fast-paced, riveting novel inspired by the true story of a group of four young Swedish men who pulled off “one of the most spectacular heists of all time” (Time).

Sami has a new child to provide for, so after years of petty crime, he’s training as a chef. But when a business deal suddenly goes sideways, Sami is left wondering how he’ll ever provide for his newborn daughter.

Michel and his family fled a bloody civil war in Lebanon, and he grew up in the suburbs of Stockholm surrounded by poverty and criminals. He’s trying to turn over a new leaf, but the past just won’t let him go.

Niklas has traveled the world and made an effort to become the sort of person people talked about. He followed through on his vision…and no good has come of it.

Zoran is a businessman who knows everyone and seals a deal with a handshake. When he was young, the ambitious Yugoslavian had a dream–to get rich, by whatever means necessary.

And Alexandra? She’s the reason that the four men found themselves plotting to rob a Stockholm cash depot in September 2009.

At first, the plan seems foolproof. Every contingency is covered, and the payoff will make them all rich for life. No one would even get hurt. But not everyone is who they seem. Even as the gang’s stolen helicopter is lifting off from the cash depot with $6.5 million inside, questions remain unanswered. What secrets does each man hold?