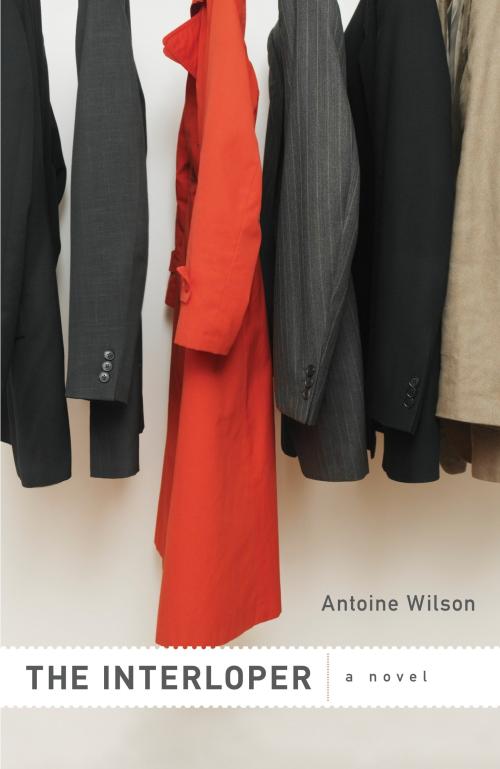 1. Why do you think the title of the book is The Interloper? Who or what is the interloper?

2. The Interloper portrays very different responses to death: the silent approach that denies death and the openly obsessional response of the Stocking family. How does Owen react to and embody the varied forms of mourning?

3. The Stockings are not seeking revenge. What do you think is involved in Owen’s decision to seek revenge for CJ’s death?

4. Owen thinks he is “in fine shape medically and psychologically” and considers himself “a civilized person, probably around 80% acclimated to the society” in which he lives. How does his lack of self-awareness set the tone for the book?

6. In a very dark manner, The Interloper intertwines comedy with tragedy. What aspects of the book did you find humorous?

7. In a version of epistolary cross-dressing, Owen names his female correspondent based on his deceased cousin, “lethal Lily Hazelton. Hazel-eyed Hazelton, Lily the lily, a trumpet on a slender stem. An invitation for Raven to tend or pluck.” Lily evokes Nabokov’s nicknamed Lolita, “Lolita, light of my life, fire of my loins, my sin, my soul,” whose full name was Dolores Haze. How does Owen’s own unspoken mourning for his lost forbidden love merge with the mourning around him?

8. How does the manipulation of gender work its effects on Owen?

9. When Calvin’s diary reveals something about what he was like, how does it reverberate with his family’s obsessive mourning for him and with Owen’s demented program of revenge?

10. Did you find the ending to be a surprise? What do you think Owen’s intentions were when he met Henry Joseph Raven and what do you think happened—in his own mind and from an external point of view?