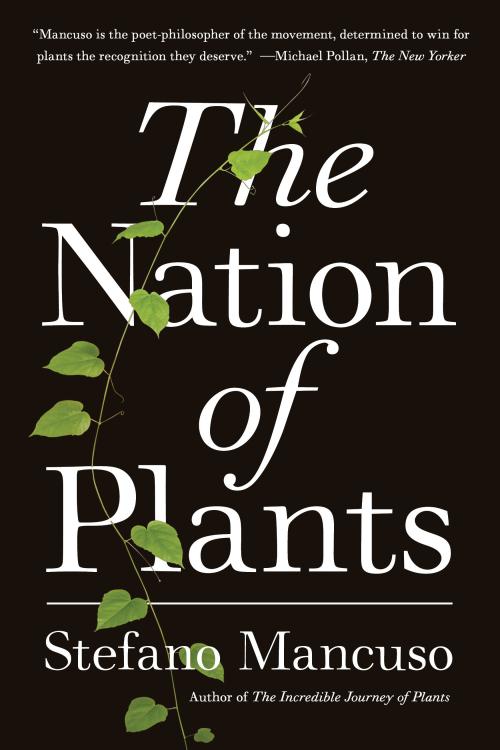 In this playful yet informative manifesto, a leading plant neurobiologist presents the eight fundamental pillars on which the life of plants—and by extension, humans—rests.

Even if they behave as though they were, humans are not the masters of the Earth, but only one of its most irksome residents. From the moment of their arrival, about three hundred thousand years ago—nothing when compared to the history of life on our planet—humans have succeeded in changing the conditions of the planet so drastically as to make it a dangerous place for their own survival. The causes of this reckless behavior are in part inherent in their predatory nature, but they also depend on our total incomprehension of the rules that govern a community of living beings. We behave like children who wreak havoc, unaware of the significance of the things they are playing with.

In The Nation of Plants, the most important, widespread, and powerful nation on Earth finally gets to speak. Like attentive parents, plants, after making it possible for us to live, have come to our aid once again, giving us their rules: the first Universal Declaration of Rights of Living Beings written by the plants. A short charter based on the general principles that regulate the common life of plants, it establishes norms applicable to all living beings. Compared to our constitutions, which place humans at the center of the entire juridical reality, in conformity with an anthropocentricism that reduces to things all that is not human, plants offer us a revolution.